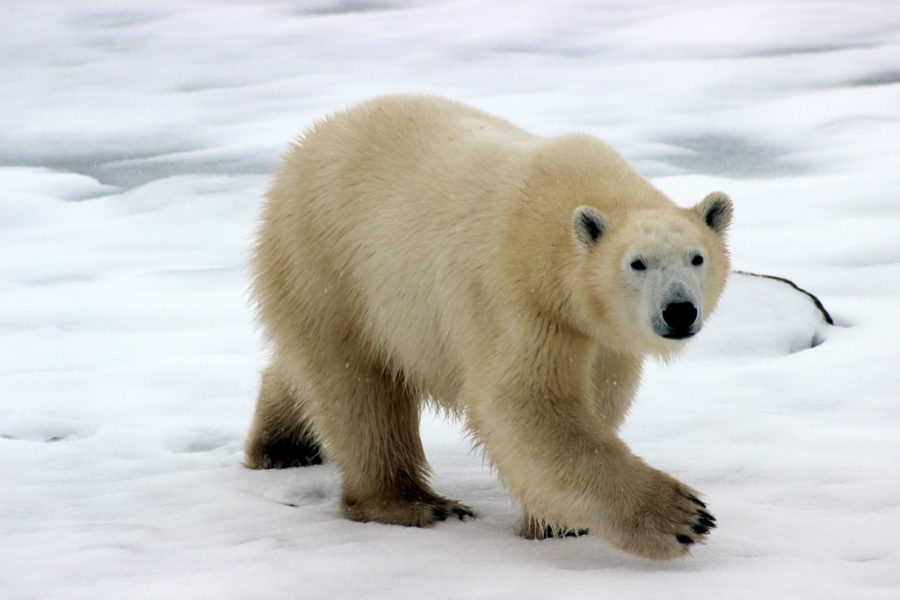 The Arctic Could Have Ice-Free Summers by 2050

A new study shows that the Arctic will have ice-free summers by 2050. This will have terrible consequences for the Arctic ecosystem and will cause an increased rise in sea-levels globally.

Currently, the North Pole is covered with sea-ice all year round. Every summer, some of the  sea-ice melts, but it returns in the winter. However, due to global warming, more and more ice is melting each summer. Scientists now believe that the Arctic will have ice-free summers before 2050.

Scientists studied 40 different climate models to predict the effect of CO2 emissions on the Arctic sea-ice cover. They found that even when emissions were reduced and global warming was kept below 2 degrees Celsius, the Arctic will still have some ice-free summers before 2050. However, the researchers emphasised that humans will determine how many ice-free summers the Arctic has, and that it is important for countries to work together to reduce their emissions. While it might not be possible to prevent ice-free Arctic summers, it is possible to reduce how often they happen.

Check This Out Next: “Green Snow” Is Spreading Across Antarctica: What Does It Mean?

An ice-free Arctic summer will have terrible consequences for both the animals and people that live in the Arctic. In addition, all the water from the melted ice will cause an increase in sea levels around the world.

Sea-ice is the main hunting ground for polar bears. They need to hunt during the summer months in order to survive hibernation during the long winters. Sea-ice is also important for seals, who give birth on it during summer. The seal pups live on the ice until they are strong enough to spend most of their time in the water.

Sea-ice plays an important role in keeping the Arctic cool during summer. The white ice reflects about half of the sun’s energy back into space, which helps keep Arctic temperatures low, even in summer. When large areas of sea-ice melt, not only will the temperature in the Arctic increase, but sea-levels will also rise. Global warming is heating up the Arctic twice as fast as anywhere else in the world. Sea levels are now rising an average of 3.2 millimetres a year globally. This may not sound like much, but by 2100, they are predicted to rise by 2 metres!