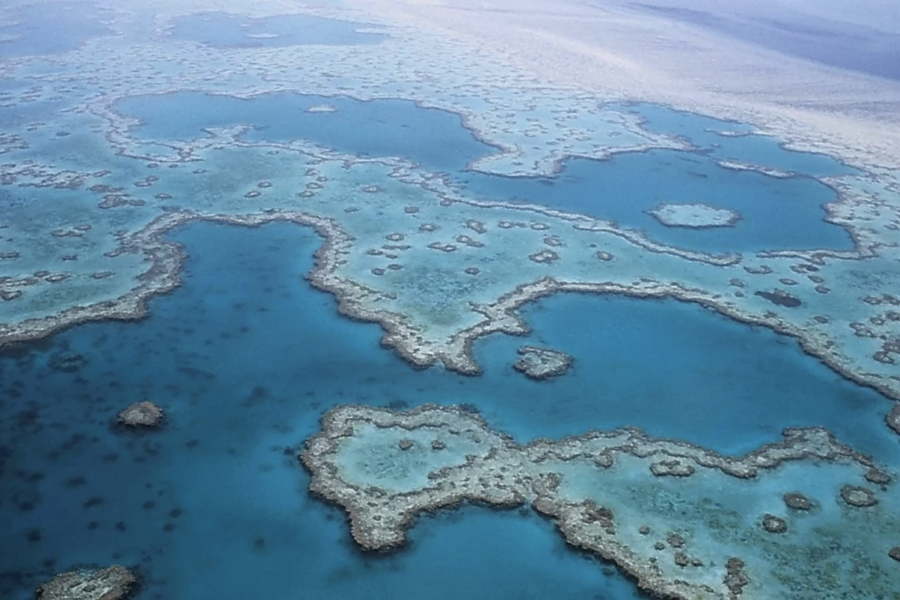 How Can The Great Barrier Reef Be Saved?

Coral reefs are one of the planet’s most threatened ecosystems, as they are directly affected by warming ocean temperatures. The Great Barrier Reef in Australia recently experienced its third mass bleaching event in five years, with 25% of the reef being affected. How can we save this marvel before it’s too late?

Corals play an essential role in marine ecosystems. While coral only covers 0.1% of the ocean floor, 25% of marine life depend on it for their life cycles. The Great Barrier Reef is a UNESCO World Heritage Site and the biggest coral reef system in the world. UNESCO believes that all coral reefs will disappear by the end of the century if greenhouse gas emissions are not reduced. The IPCC believes that global warming needs to be limited to 1.5℃ in order to protect the majority of coral ecosystems.

What is Coral Bleaching?

Corals are very sensitive to water temperatures. When the temperature is too warm, corals expel, or let go of, the algae (zooxanthellae) which live inside their tissue. Corals depend on this algae for their food and colour. The algae also help the coral to reproduce. When the coral expels the algae, they lose their colour and turn white. This is called ‘coral bleaching’. Extreme bleaching kills the coral, but the coral can recover if the water temperature returns to normal.

The most recent Great Barrier Reef bleaching event is believed to be the worst ever recorded. Experts have suggested that bleaching could become an almost yearly event.

In 2019, Australia downgraded its outlook on the reef from ‘poor’ to ‘very poor’ due to climate change risks. According to Dr Mark Eakin, coordinator of Coral Reef Watch at the National Oceanic and Atmospheric Administration, there is a risk that this mass bleaching event could be the start of a worldwide coral bleaching event.

Check This Out Next: Using Oysters As A Flood Defence Strategy

How to Protect the Great Barrier Reef from Climate Change

Reducing greenhouse gas emissions and limiting the global average temperature increase to 1.5℃ will provide the only chance at survival for the world’s coral reefs. This requires the cooperation of governments all around the world. In the meantime, scientists are focusing on the corals that appear to cope better with heat. An experiment with 90 parent specimens from three parts of the reef grew 7 500 offspring. Researchers subjected them to temperatures of up to 2℃ warming and related levels of CO2. Many of these corals survived, suggesting that all hope for coral is not lost.

The Australian government has recently backed a $150 million research and development programme that is looking at unique ways to protect the reef. Some such ways are:

With the right science, it may yet be possible to save the world’s coral reefs.