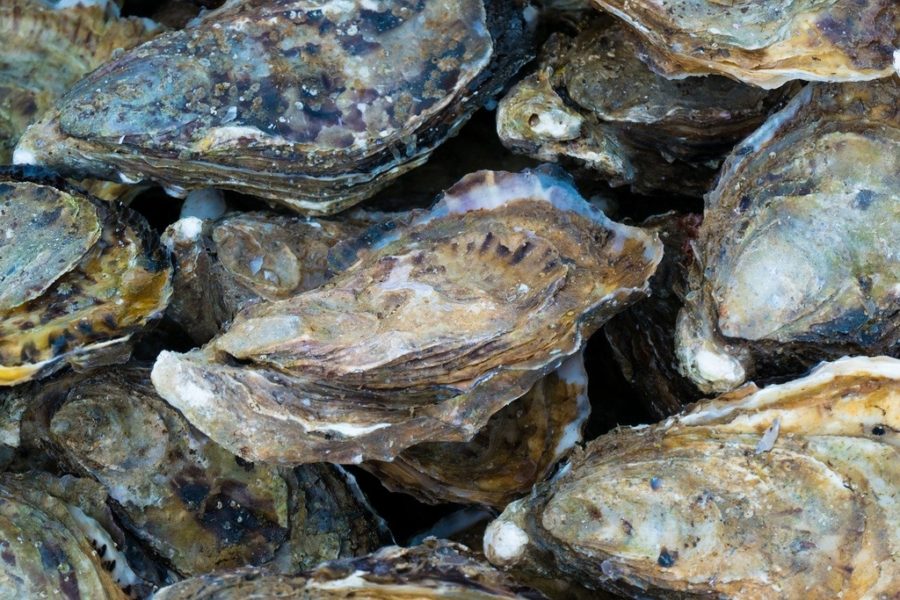 Oysters can be very helpful because they can help to stop floods and ease the effects of storms.

The climate crisis is causing rising sea levels and increasing amounts of flooding. Among a number of natural strategies for flood defence, oysters have been used as an effective flood defence strategy in the US, Bangladesh and Hong Kong.

Oysters are incredibly useful to ecosystems. They are able to reduce risks of shoreline erosion and the destructive impacts of storms and floods. They do this by creating friction between waves and the seafloor, acting as a natural breakwater. Breakwaters protect coasts from the force of waves and are usually built with large rocks. Restoring oyster reefs enhances the ecosystem and offers shelter for marine creatures, increasing the marine biodiversity.

New York: Flood Defence and a Return to the Past

In 2012, Hurricane Sandy tore through New York. A ‘living’ breakwater system was created on the South Shore of Staten Island to help protect coasts while also providing habitats through constructed reefs from finfish, shellfish and lobsters.

Oysters were installed on the breakwaters by New York’s Billion Oyster Project, which is working to increase oyster numbers and create space for oyster hatcheries.

New York was once a city filled with oysters in its waters but due to pollution and overharvesting, populations declined. In restoring the oyster population, more marine biodiversity is encouraged and effective storm barriers are provided.

Check This Out Next: What Are Kelp Forests and How Do They Help the Planet?

Bangladesh’s coastline is threatened by the increase in natural disasters and coastal erosion. These disasters not only affect the ecology but also the one-third of Bangladesh’s population that lives on the coastline.

As sea-levels rise, monsoons and cyclones are likely to increase. Oysters can provide an affordable and sustainable solution for Bangladesh. By creating artificial oyster reefs, the oysters will provide coastal defence for areas that experience erosion. It will also improve the livelihood of Bangladesh’s population through practises such as oyster aquaculture, enhanced tourism and recreation.

Hong Kong has been oyster farming for over 700 years. This tradition is at risk as a result of increasing natural disasters. Land reclamations and overharvesting have also caused oyster habitats to deplete in Hong Kong. The Nature Conservancy in Hong Kong is working to restore the oyster population through reef development, leading to improvements in biodiversity and the construction of a natural storm barrier that will protect communities from rising sea levels.

Oysters act as great flood defence and encourage the restoration of biodiversity and the reflection of societies on their ecological histories.