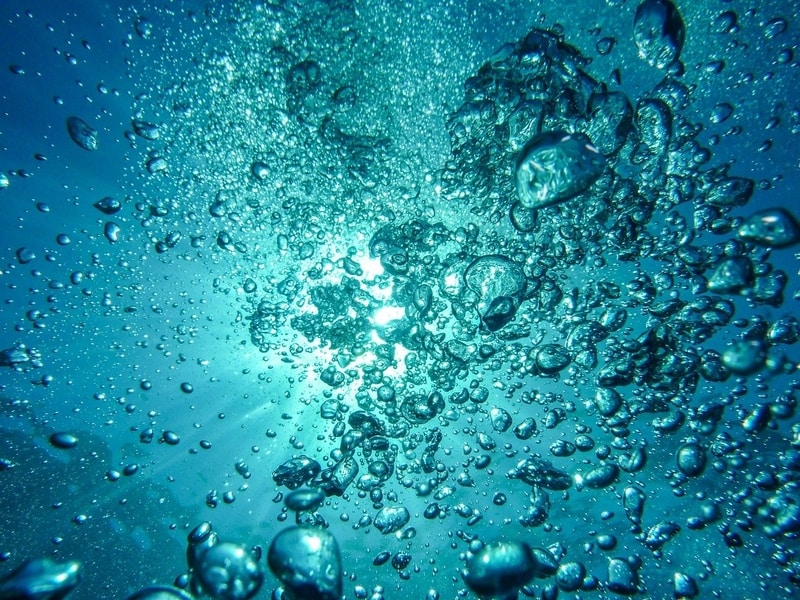 What Is Ocean Deoxygenation And Can We Stop It?

Oceans cover around two-thirds of the Earth’s surface and produce at least half of the oxygen we breathe. But human activity is causing the ocean to lose oxygen, in a process known as deoxygenation.

Scientists say that ocean oxygen levels have dropped by 2% in the past 50 years.This may not sound like much, but many animals and people are already suffering from the effects of this change.

What is Ocean Deoxygenation?

Deoxygenation happens when parts of the ocean use up more oxygen than they take in.

Oceans get their oxygen in two ways: by drawing it from the atmosphere, and through tiny plants which produce oxygen during photosynthesis. Both these events occur at the surface of the water.

However, organisms throughout the ocean also use up oxygen when they breathe.

If the surface layer of the ocean isn’t supplying the rest of the ocean with enough oxygen, oxygen loss occurs.

Low oxygen zones – sometimes called “dead zones”- can appear naturally, but human activity is causing these zones to get much bigger. The largest dead zone in the world is in the Arabian Sean, covering almost the entire 164 000 sq km Gulf of Oman. The second largest dead zone is in the Gulf of Mexico in America, over 15 000 sq km in size.

Check This Out Next: What are Kelp Forests and How Do They Help the Planet?

How Are Humans Causing Ocean Deoxygenation?

There are two main causes of deoxygenation:

Chemical runoff – Chemicals such as nitrogen and phosphorus are used to help crops grow and to treat sewage water. Nitrogen is also produced through the burning of fossil fuels.

These chemicals often enter the ocean through runoff or rain. They cause lots of tiny aquatic plants called algae to grow, much faster than usual. After the algae die, they sink down into the ocean and are broken down by bacteria. This process uses up oxygen and produces carbon dioxide.

Global warming – Our planet is experiencing more heat waves than before, which is causing the surface of the ocean to warm up. Warm water is less soluble than cool water, which means it cannot take in as much oxygen, nor can it take in carbon dioxide from the air and carry it down to the ocean bed, as it would normally do.

Warm water is also lighter than cold water, which means it cannot sink down and mix with the cool water below, spreading oxygen evenly throughout the ocean.

These two issues combined cause deoxygenation to happen even more rapidly.

What are the Effects of Ocean Deoxygenation?

Low-oxygen zones are called dead zones for a reason: no marine life can survive there. Some animals, such as fish or crabs, will try to escape to other areas. When fish are all forced into one area, they must compete for the same resources. They are also more likely to be caught by fishermen. Organisms that are unable to leave because they cannot move, such as sea sponges, will eventually die.

How Can We Prevent Ocean Deoxygenation?

To slow down or prevent further deoxygenation, we must combat climate change by reducing our global carbon emissions.

Under the Paris Agreement, many countries have promised to cut their emissions by switching from fossil fuels to green energy.

We can also do our part by driving and flying less frequently, turning off our air conditioning, and where possible, buying food which has not been grown using chemical fertilisers.