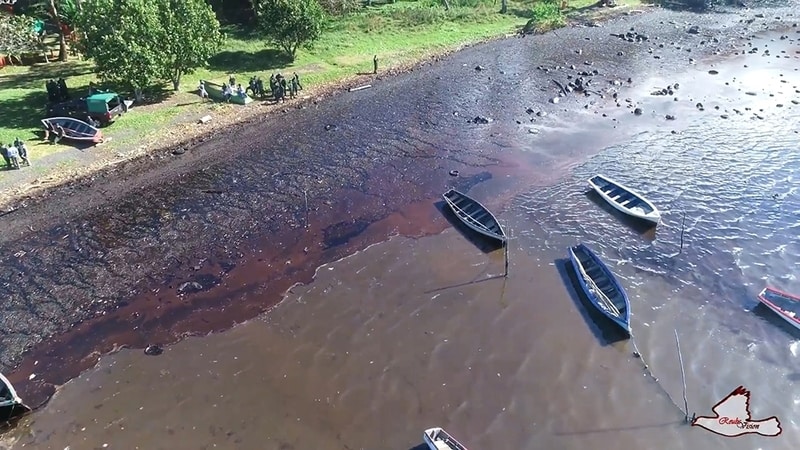 On July 29, a ship crashed into a coral reef off the Indian Ocean island of Mauritius, spilling over 1 000 tons of oil into the ocean. Volunteers and wildlife workers in Mauritius are working hard to save wildlife and keep oil away from the island. The oil spill threatens Mauritius, which needs money from tourism to survive.

Many people are working hard to clean up the oil. Locals have been putting straw into fabric sacks to try and absorb the oil and stop it from coming onto the island, helicopters are trying to move some of the fuel off the ship and wildlife workers and volunteers have rescued dozens of baby tortoises and rare plants from an island near the spill to the mainland.

The ship crashed into Pointe d’Esny, a known sanctuary for rare wildlife. The area also houses wetlands that have been designated as a site of international importance by the Ramsar Convention

Check This Out Next: New Penguin Colonies Have Been Discovered in Antarctica On August 7, Mauritian Prime Minister Pravind Jugnauth declared a state of emergency and asked other countries for assistance.

France has sent a military aircraft with pollution control equipment from its nearby island of Réunion. Japan announced it would send a team to help the French efforts.

Happy Khamule, climate and energy manager from Greenpeace Africa, warned that thousands of animal species were ‘at risk of drowning in a sea of pollution, with extreme consequences for Mauritius’ economy, food security and health’.

Heavy winds are expected to push the oil even farther along the island’s shore. The Mauritius Marine Conservation Society and other groups have warned that the oil spill cleanup could take much longer than expected.