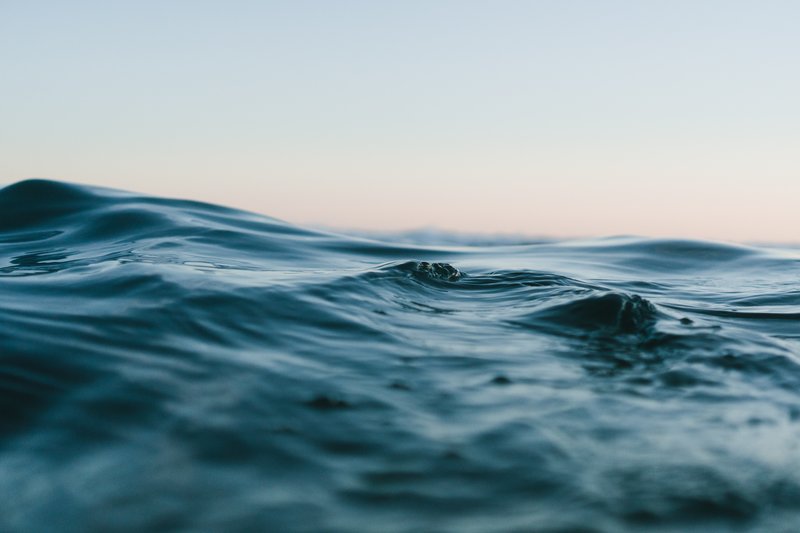 What is the Carbon Cycle in the Ocean?

Carbon is an important chemical element; all life on Earth is made from it. Human activity is disrupting the normal carbon cycle, but how does it affect the carbon cycle in the ocean?

The amount of carbon on Earth today is the same as when the Earth was formed. But it moves around a lot and can take on different forms.

How Does Carbon Move?

When it is in the air, carbon combines with oxygen to make carbon dioxide (CO2). Plants take in carbon dioxide from the air and, with the help of sunlight, use it to help them grow.

Animals and humans take in carbon when they eat plants or other animals. But they also breathe some of it back out into the air as carbon dioxide.

When plants and animals die, they begin to decay. Some of the carbon they contain is buried underground, and may stay there for millions of years. However, when humans dig up this carbon and burn it as fuel, the carbon is released back into the air as carbon dioxide. This type of human activity disrupts the normal carbon cycle.

How Does the Ocean Store Carbon?

The ocean has a very important role to play in the carbon cycle. Like plants, our oceans take carbon from the air and store it. Environments that take in more carbon than they release are known as carbon sinks.

Carbon dioxide dissolves in the water near the surface of the ocean. Some of it stays dissolved, but some of it is taken in by tiny ocean plants, called phytoplankton. Just like plants on land, phytoplankton use sunlight and carbon to help them grow. Other tiny organisms in the ocean use carbon to make things like shells and coral. They help to carry the carbon deeper into the ocean.

Sometimes, these carbon materials sink all the way to the ocean floor, where they become buried. Over time, they slowly harden to make rocks. These rocks can store carbon for millions of years.

Check This Out: What is a Carbon Sink and Where Can We Find Them? A picture explaining the carbon cycle in the ocean. Made by Charlotte Ames-Ettridge for Earth.Org Kids.

What Happens When Carbon is Released?

Carbon sinks like the ocean are very useful, because they prevent too much carbon from entering the air as carbon dioxide. Carbon dioxide traps heat from the sun, and when there is too much of it, the Earth begins to get warmer.

We need to be careful about how much carbon we dig up from the Earth and burn to make energy. Human activity has already led to higher levels of carbon dioxide in the air and warmer global temperatures. This affects all life on Earth.