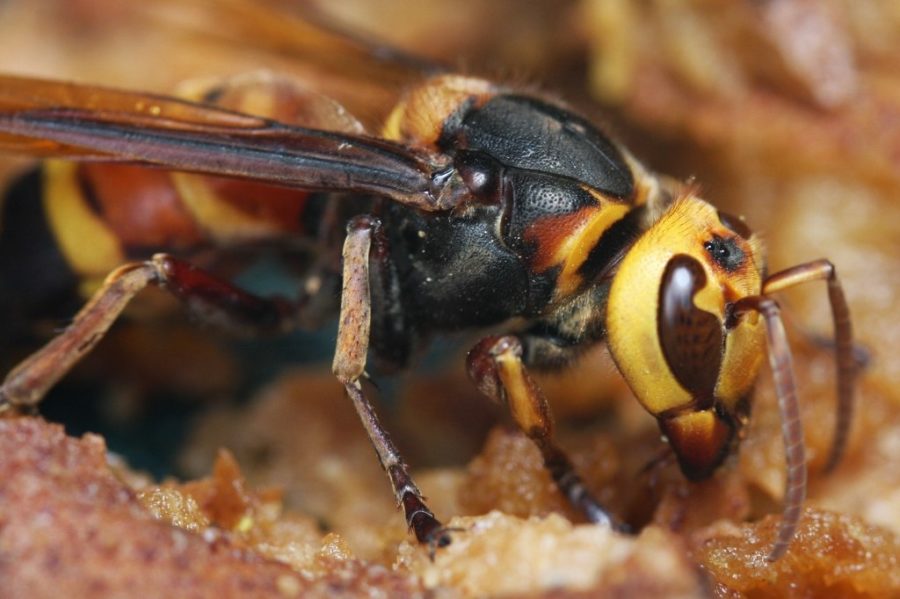 Asian Giant Hornets Have Arrived in the US- What Does This Mean?

Asian giant hornets have been found in Washington state in the US for the first time, according to scientists. While they can be dangerous to humans, they are extremely dangerous to European honeybees.

These hornets are the largest in the world. Most are about the size of an adult’s thumb, but queens can grow as large as 5cm long. They can fly as fast as 32 km/h.

Researchers do not know they arrived in the US, but some think they got trapped in shipping containers from one of the countries where they live, in East Asia and Japan.

Asian giant hornets are extremely invasive. They form colonies with one queen and lots of workers. They eat many kinds of insects, but they especially enjoy bees. When they come across honeybees, they bite the heads off the bees with their large mandibles (or claws). Then they stay in the honeybee nest for up to a week, eating the bee larvae, which they feed to their young.

European honeybees, the insects that pollinate plants, are unable to defend themselves against these hornets- their stings do not work. If these hornets spread throughout the US, they could push the honeybee, whose numbers have already dropped significantly, into extinction.

However, in Japan, honeybees have found a way to protect themselves. The honeybees swarm around the invaders and beat their wings until the bee reaches temperatures of nearly 50 degrees Celsius. This ‘cooks’ the hornets to death and suffocates them with carbon dioxide.

They can also be very dangerous to humans who disturb their hives; in Japan, up to 50 people die every year from the hornets’ stings. In 2013, when populations of these hornets were unusually high, they killed 42 people in a single province in China.

Scientists say these hornets must be stopped from spreading through the US in the next few years, or it will be too late.

In winter, nests hibernate and if any queens have mated, they leave to form new hives. Scientists are trying to capture these queens. In the summer, they will set out traps to look for queens and workers and attach collars to them so they can track the hornets back to their nests and destroy them.