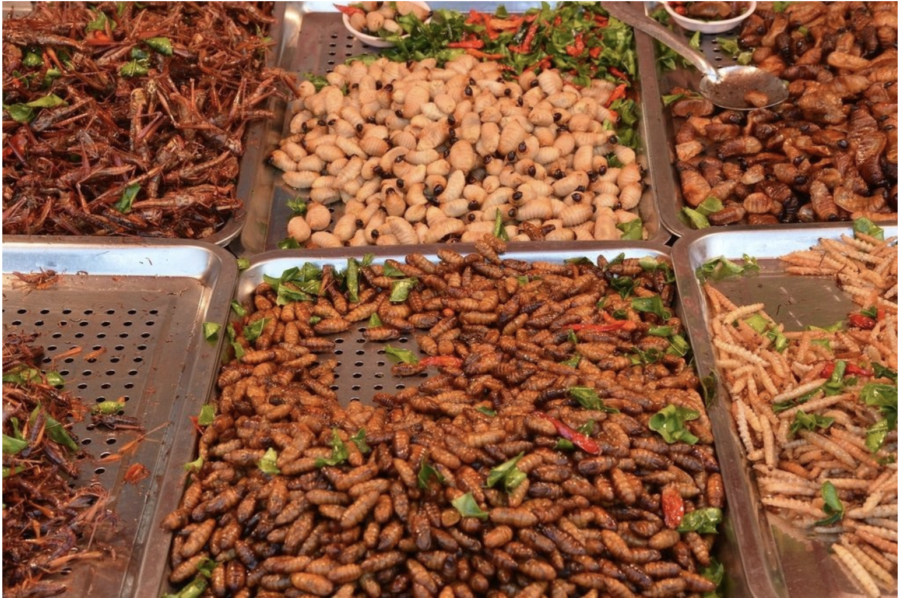 Eating bugs could be a new solution to secure sustainable food production.

Can Eating Bugs Save the Planet?

As the world grows more conscious of its environmental footprint, many people have abandoned meat products, which are very environmentally damaging to produce, and are trying alternative options. Can eating bugs be an eco-friendly alternative that people can incorporate into their diets? Eating insects, also known as entomophagy, is a new solution to secure sustainable food production!

Why We Should Eat Insects

Insects are very easy to raise due to their fast reproduction rates. They are also incredibly high in protein. Caterpillars have as much as 35.2g of protein for every 100g of edible insects, compared to 20.6g in beef and 19.9g in chickens.

One of the largest benefits of producing edible insects for human consumption is that they can be raised on food waste! The process of edible insect production includes the producing and culturing of food from discarded food waste. A farm in Singapore is raising black soldier fly larvae using food waste alone. In Malaysia, a startup is also currently raising these larvae for use in burgers and ice cream. It is possible to eat the larvae whole, too and their taste is supposedly similar to the corn chip, Fritos.

Raising edible insects on food waste helps eliminate the need for land in the production of grain necessary for feeding chicken and cattle and also naturally tackles the problem of food waste. A third of food intended to be eaten is wasted or lost every year, and the problem also damages the environment, contributing about 8% of total global greenhouse gas emissions. If food waste were a country, it would be the 3rd largest contributor of carbon emissions, after the US and China!

Eating bugs can also cut down on carbon emissions from meat production and food waste. Livestock production accounts for 14.5% of all greenhouse gas emissions, with beef having the highest carbon footprint. Methane is a greenhouse gas that traps 25 times more heat than carbon dioxide and cattle can produce 250- 500 litres of methane a day.

Despite the environmental benefits, there are some challenges in encouraging the switch to eating insects. Many countries, particularly in the West, do not find insects the most appealing to eat. However, there are countries in Africa, Asia and Central and South America that do incorporate insects into their diet. There are numerous ways insects can be prepared- cookies can be made from cricket flour and pasta from grasshopper flour. Mealworm burgers are also widely sold in supermarkets in Switzerland and mealworm meatballs will soon be on the menus of Ikea cafes. With all these insect-based foods blended into everyday foods, it can hopefully encourage more individuals to take the leap in trying insect-based foods.

Eating bugs is a new and viable solution to helping the environment, whilst also maintaining a healthy and nutritious diet. Would you give insects a try?