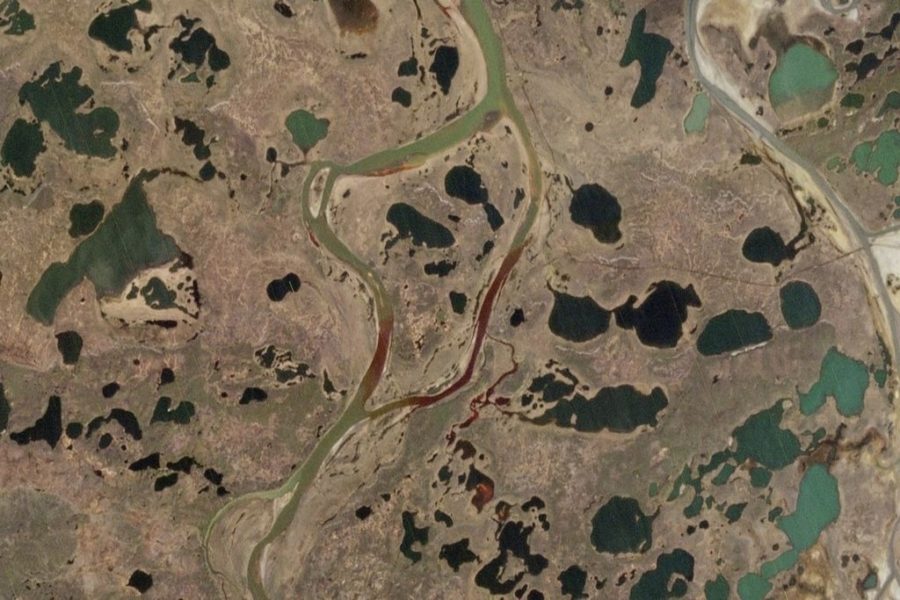 Massive Russian Oil Spill: What Does This Mean For the Environment?

On May 29, there was a huge oil spill at a power plant in Siberia, Russia. A fuel tank at the plant near the city of Norilsk collapsed, causing nearly 20 000 tons of diesel fuel to spill into the Ambarnaya river, the Daldykan river and a local water reservoir. The slow response to the oil spill at the Norilsk Nickel plant, one of the largest in Russia in recent years, has caused serious environmental problems.

The spill has stained large areas of the two rivers a deep red and the oil has spread more than 12 kilometers down the Ambranaya river.

The president of Russia, Vladimir Putin has declared a state of emergency, saying that he wasn’t told about the spill until two days after it happened. The leader is said to be very angry about the situation and has asked for an investigation into the spill to learn more about what was done to control the spill, and when. The man in charge of the plant has been arrested for not acting quick enough to control the spill.

Norilsk is very far north, above the Arctic Circle. Because of where it is, many things in the city are built on top of permafrost. Permafrost is a layer of ground in Arctic and Antarctic areas that remains permanently frozen.

However, because the earth is warming because of the climate crisis, this permafrost in many areas is melting. Norilsk Nickel, the company that owns the power plant, says that the supports that held up the fuel tank fell because of thawing permafrost.

Check This Out Next: Moths Work the Night Shift, Busy as Bees

The company has put up barriers to stop the oil from spreading further, however it has only removed about 340 tons of the spilled oil- not even 2% of the total amount of oil spilled!

Because the company waited two days to report the spill, the oil has now spread over 350 square kilometers. If the company had acted quicker, more of the oil could have been contained.

The World Wildlife Fund says that many dangerous chemicals from the diesel fuel are dissolving in the water, which the barriers cannot stop. The oil could have long-term effects on the environment in the area, including killing fish, birds and other animals.

Experts say that the cleanup could cost as much as USD$1.5 billion and take over five years.