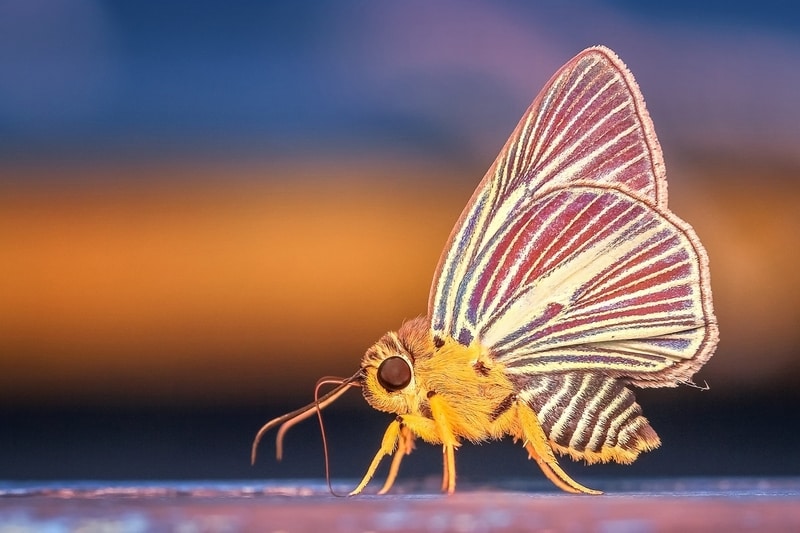 Though most people are aware that bees play an important part in the life cycle of many plants, moths, which are active at night, don’t get the same attention. A recent study suggests that moths might be just as important.

Honey bees, bumble bees, and butterflies are well-known as pollinators of plants. As these insects travel from flower to flower to sip nectar, their bodies collect pollen – a yellow powder in the center of most flowers.

By spreading the pollen between plants, the insects help the plants to create seeds, which can then create more plants. Many of the pollinated flowers lead to the fruits and vegetables that humans and other animals depend upon.

Bees and butterflies are active during the daytime. They get a lot of attention for their roles as pollinators. As these insects have become more threatened, many people have begun to take action to protect them.

Moths don’t usually get the same respect. Moths are seen much less often, because they’re active at night. They’re mainly known for eating sweaters and flapping against windows when they are attracted by lights. But moths also play an important role in pollinating plants.

In 2016 and 2017, scientists studied insects around nine ponds on farmlands in the United Kingdom. They visited these ponds once a month from March to October.

The researchers studied three groups of insects: moths, bees that normally work together (like honey bees or bumble bees), and flying insects which work alone, such as butterflies, wasps, hoverflies, and other bees.

The bodies of bees and hoverflies are hairy (when you look close enough). Moth bodies often seem furry. All of these insects spread pollen more or less by accident, when pollen from one flower sticks to their bodies and falls off when they move to other flowers.

At the ponds, the scientists caught these flying insects and tried to collect pollen from their bodies. In all, the researchers checked 838 moths, 632 other insects which work alone, and 1,548 honey and bumble bees.

Richard Walton, who led the study, says that bees usually choose the plants with the most nectar and most pollen. But moths are less choosy. There are many different kinds of moths and they pollinate many different plants, filling in the gaps left by the daytime pollinators.

Not only do moths pollinate plants, they also provide important food for birds and bats.

But, like many other insects, moth numbers have dropped greatly in the last 50 years, mainly because of pesticides and the loss of natural lands.

Just like bees and butterflies, moths are worth protecting. “Moths are by no means less important,” says Dr. Walton.