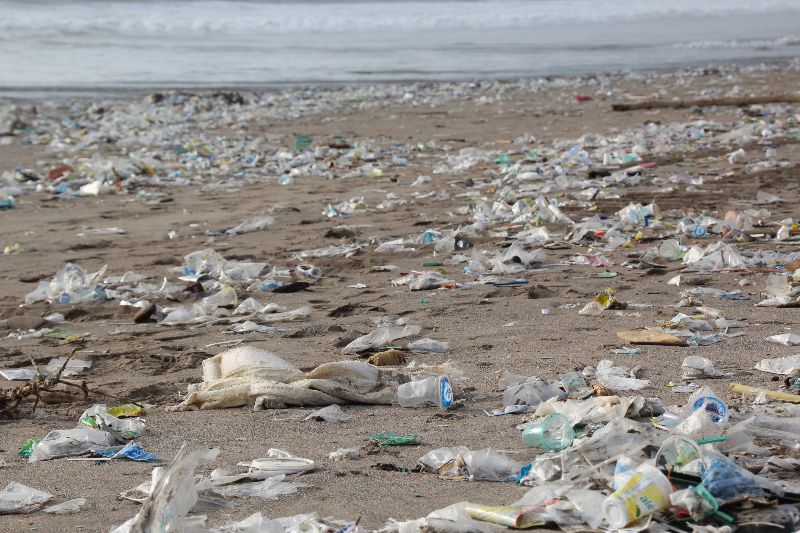 A new report says that by 2040, the flow of plastic litter in the ocean will triple if nothing is done to stop it. However, if we take action to reduce this plastic litter, the amount could be cut by 80%.

The report guessed the quantity of plastic pollution that will make it into the oceans by 2040 by looking at six different situations, which ranged from keeping things the way they are now to changing plastic systems from production, through to collection, consumption and disposal/ recycling.

Currently, 11 million metric tons of plastic litter make their way into the oceans each year, which harms wildlife, their habitats and human beings. The report found that if we don’t take action to reduce this, it will grow to 29 million metric tons per year by 2040. Even though some plastics break down into tiny particles called microplastics, they don’t biodegrade or break down, meaning that the total amount of plastic in the ocean could reach 600 million tons by 2040!

Check This Out Next: Reducing Emissions: What is the Paris Agreement?

Even though some governments and companies have promised to reduce use of plastic, the report estimates that even if these promises are met, plastic dumping would fall by just 7%. COVID-19 will make this even more difficult, because the pandemic has increased single-use plastic consumption as people have been using more masks, gloves and takeaway boxes.

We must manage plastic collection properly- the report estimates that about 4 billion people around the world won’t have access to organised waste collection services by 2040, which means that their plastic rubbish will likely end up in the oceans. Better waste processing on its own isn’t enough to fix the whole ocean plastic problem, but it is a necessary first step so that waste can be sorted and either recycled or safely moved somewhere else.

Other things that we could do to stop the flow of plastic litter into the ocean include reducing the growth of plastic production and investing in the creation of plastic materials that are easier to recycle.