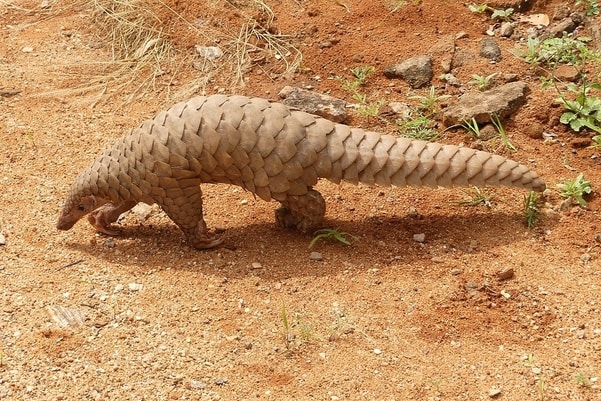 Finally, some good news for the pangolin: China will no longer allow this endangered animal to be used in Traditional Chinese Medicine.

Pangolins are small, scaly mammals found in Africa and Asia. Their numbers are increasingly under threat, as they are regularly captured and sold illegally for their meat and scales. In Asia, pangolin scales are used in Traditional Chinese Medicine, as they are believed to have healing properties – although scientists say there is no proof that this is true.

In fact, pangolins are in such high demand that they have become the world’s most trafficked animal! Around 200 000 of them are eaten every year in Asia, according to animal protection group WildAid. Of the eight species of pangolins in the world, two have been listed as Critically Endangered on the International Union for Conservation of Nature (IUCN) Red List.

For years, groups like WildAid have been pushing governments to do more to stop the illegal trade of pangolins. Last month, the Chinese government did just that. It increased the protection of the Chinese pangolin to the highest level, and removed the critter from its official list of ingredients used in Traditional Chinese Medicine. Animal protection groups say this is an important first step in helping to save pangolins from extinction.

Pangolins have been in the news a lot this year, as scientists believe there may be a link between these animals and the outbreak of COVID-19. Some studies suggest that they may have helped transmit the virus to humans. The pangolin is one of two animals known to naturally carry the virus ­- the other is the bat – but scientists say it may be impossible to know for certain which animal the virus came from.

Still, the link between COVID-19 and wild animal meat also pushed China to ban the selling and eating of wildlife as food in February. It closed down thousands of wild animal farms and markets, including the market in the city of Wuhan where the virus is thought to have originated.

No one knows for sure how many pangolins are left in the world, but scientists and activists say that the number is shrinking fast. China giving them more protection is one step in ensuring that the pangolin can not only survive, but thrive.