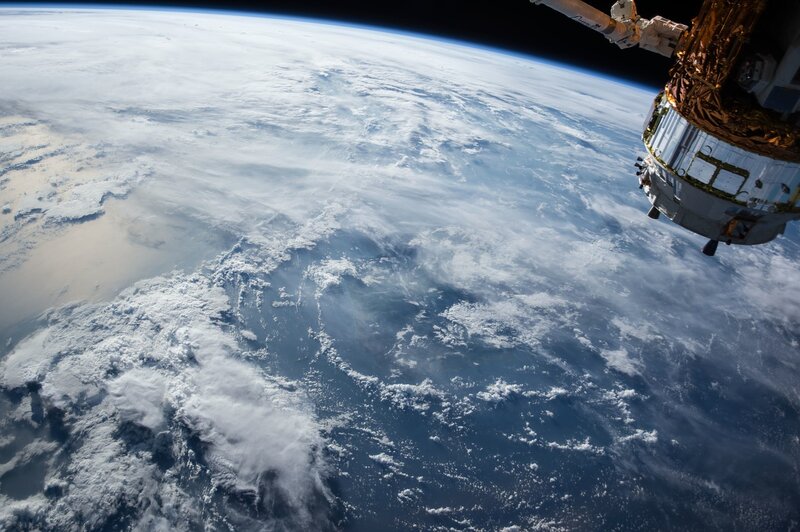 Oceans cover over 70% of the Earth’s surface. They provide us with food and help to control our climate, but they are in trouble from global warming. Satellites and other airborne technologies could help us to better assess the health of the oceans. How can we use these tools to better understand oceans and marine ecosystems?

Remote sensing is when scientists use aircraft or satellites to gather information about the Earth from a distance. This powerful tool can help to protect the oceans.

The Great Pacific Garbage Patch, located between California and Hawaii, is the largest collection of ocean plastic in the world.  Finding areas of ocean plastic is one of the major challenges in keeping the ocean clean. According to The Ocean Cleanup, “We know more or less where it is, but the stuff is always moving. That’s where remote sensing comes in.”

The Ocean Cleanup is a non-profit organisation that creates technology to help remove plastic from the ocean. They aim to clean up half of the Great Pacific Garbage Patch in the next 5 years. The team attached a remote infrared imager to an aircraft which flew over the Pacific Ocean. They found that the sensor was able to identify plastics from algae and other vegetation on the ocean surface. This could help scientists track ocean plastic.

Scientists have also been investigating how to use satellites to find ocean plastic. Recently, the European Space Agency (ESA) began developing a technology which allows satellites to identify the origin, movement and concentration of plastics across the world’s oceans. While this is still a new idea, if the project succeeds it will be a major technological breakthrough in the effort to remove plastic from the ocean.

Using Satellites to Save Coral Reefs

Satellites can help to measure the damage suffered by coral reefs. They can also help in mapping reef systems, classifying different corals, monitoring the health of corals and tracking human interference with them. Remote sensing allows scientists to measure the effects of stresses on corals over large areas.

How Can Satellites Track the Ocean’s Health?

As chlorophyll levels in the ocean change, the way it reflects and absorbs sunlight also changes. Scientists can use these changes to monitor the amount and location of phytoplankton using satellites.

Satellites can also help to identify the ocean areas that are most at risk of acidification. Ocean acidification is when the ocean becomes more acidic, which can kill sensitive organisms such as corals and phytoplankton.

It is essential that we use satellites and remote sensing technologies in the fight to save our oceans.