How Are Microplastics Harmful to the Environment?

We are producing, using, and throwing away more plastic than we ever did before and, whether we like it or not, most of it will stay with us forever. Most of the plastic ever produced remains in the environment in the form of tiny toxic particles that are polluting the air, soil, and rainwater. We take a look at how harmful microplastics are to humans and our environment and what we can do to avoid them?

Humans generate a very concerning amount of plastic. Each year we produce nearly 300 million tonnes of plastic waste, 60% of which end up in our natural environment. While plastics do not break down, they degrade after being exposed to water, wind, and sunlight for a long time. They turn into very small pieces, not bigger than five millimetres in diameter, that we call ‘microplastics’. We divide them into two categories:

Some of the other biggest sources of microplastics include tyres, tennis balls, cigarette butts, tea bags. However, synthetic clothing still counts as the main source of microplastics, generating 35% of the total primary microplastic pollution.

Where Can Microplastics Be Found?

According to the United Nations, 51 trillion microplastics float in the world’s seas, a quantity 500 times bigger than the number of stars. Unfortunately, nowadays we can find them pretty much everywhere, from inside marine creatures to food and water as well as, not surprisingly, even in humans. 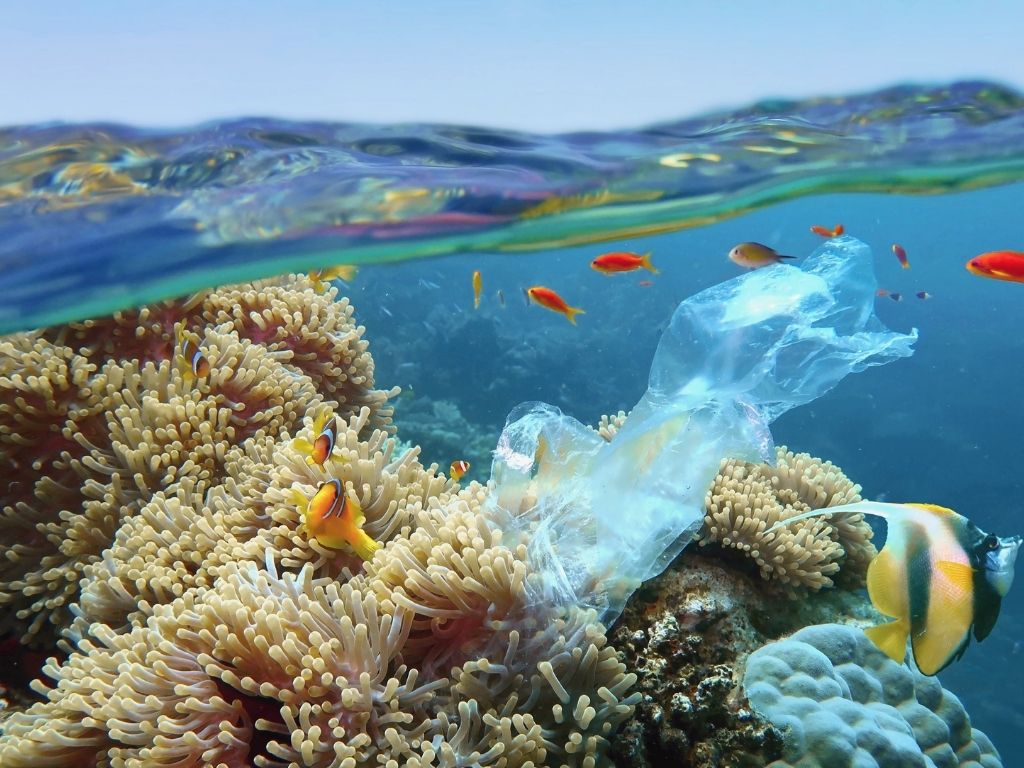 According to Greenpeace, fruit like apples and pears have the highest content of microplastics, with an average of 195,500 and 189,500 particles per gram respectively. Similarly, broccoli and carrots are usually the most contaminated vegetables. The water we drink every day is also a huge source of microplastics. A study conducted by the State University of New York in Fredonia found that 93% of bottled water contains microplastics, an average of 325 particles per litre, and 22 times more than tap water.

Through the modern food chain, these toxic substances are also easily transmitted from marine wildlife to humans. Recent studies have found microplastics in human blood, human lungs, and human placenta for the first time. A 2019 study estimated that an average American citizen eats between 74,000 and 121,000 plastic particles every year, depending on age and sex.

While we are increasingly aware of where microplastics can be found, we still do not know much about their impact on the environment and especially on human health. But there is no doubt that microplastics contain highly toxic and harmful chemicals.

A recent study exposing the presence of microplastics in the human placenta found that these carry with them substances that can disrupt the regular function of hormones and cause long-term effects on human health. Scientists were also able to demonstrate how plastic particles can cause mass mortality of fishes and seabirds. Microplastics contribute massively to the loss of biodiversity and threaten ecosystem balance.

How Can We Avoid Microplastics?

It is nearly impossible to avoid microplastics altogether, and yet there are effective ways to reduce their spread and the risk of ingesting them. It would be wise, for example, to make some swaps, like avoiding bottled water and drinking filtered tap water instead. We can also be more conscious of the clothes we wear and the products we use. Given the high content of microplastics found in synthetic clothes, we should avoid buying this type of material. We should also avoid exfoliants and scrubs where possible, as they contain some of the highest quantities of microbeads among beauty products. Our best solution, however, remains to avoid plastic altogether.

Check This Out Next: 7 Facts About Plastic Pollution for Kids