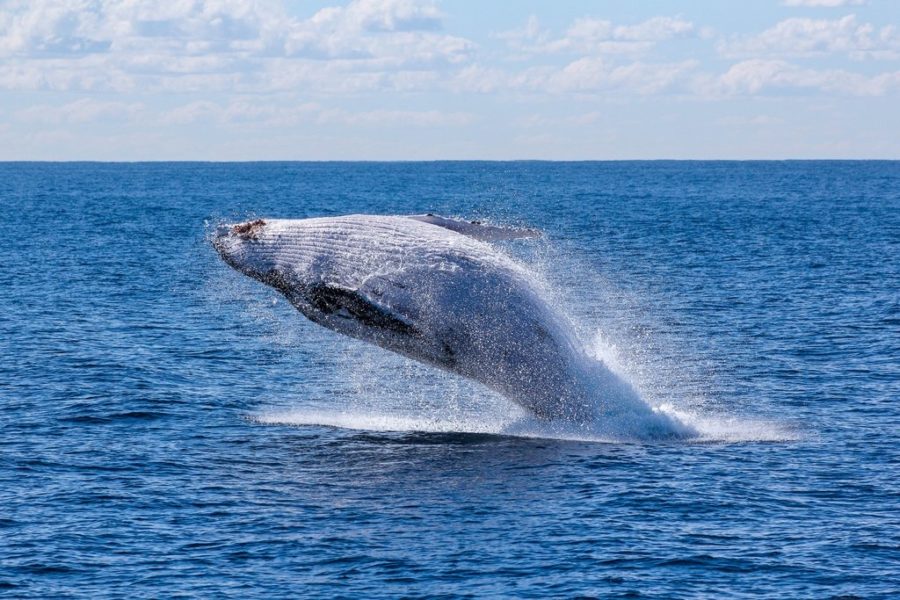 Blue whale numbers have grown significantly in the Atlantic Ocean after years of mistreatment.

Blue Whales are Making a Comeback in the Atlantic

A large number of blue whales have been discovered by scientists near the sub-Antarctic island of South Georgia after years of ill-treatment, suggesting that decades of conservation efforts are paying off.

Over 21 days, 55 blue whales were counted, which is ‘truly, amazing’ news. Conservation efforts to protect endangered species, including the blue whale, as well as humpbacks and other whales in the southern hemisphere, are succeeding.

Why are Blue Whales Endangered?

The Antarctic blue whale is the largest animal on Earth and is considered critically endangered by the International Union for Conservation of Nature (IUCN) Red List. It is estimated that their population lowered as much as 97% from the 19th to the early 20th century. According to the British Antarctic Survey (BAS), when Norwegian explorer and whaler Carl Larsen first visited South Georgia Island, he was so impressed by the amount of whales he saw there that he immediately opened a whaling station on the island. More whaling stations opened up and South Georgia became a very busy whaling station. This caused various whale species to be hunted to the brink of extinction. Sightings of blue whales have been incredibly rare since.

A ban on hunting blue whales was introduced in 1967 and the International Whaling Commission (IWC) suspended commercial whaling in 1986. The blue whale population has since started to bounce back. In 2018, Antarctic blue whales were only sighted once. Two years later, they were sighted 36 times. Scientists were even able to study the health conditions of various whales by collecting breath and skin samples. Ecologist Dr Jennifer Jackson commented that the number of humpback whales has grown to an amount similar to a century ago, when whaling first began in South Georgia.

Check This Out Next: Clownfish Unable to Adapt to the Climate Crisis, Scientists Say

It is also estimated that there are now more than 20 000 humpback whales feeding off South Georgia Island seasonally.

South Georgia waters is located in a highly bio-productive zone, making it an important summer feeding ground for various species. There is a great supply of krill, which are tiny crustaceans that play a key role in the Southern Ocean ecosystem and drift up from strong currents. This is especially significant for whales as krill makes up a large part of their diet. With great protection of the territory’s waters, South Georgia has proven to be a good place for blue whales once again.

It is predicted that when the next assessment is released at the end of 2021, the number of Antarctic blue whales will further increase. However, Japan pulled out of the International Whaling Commission in July 2019 after unsuccessfully trying to convince the organisation to allow whaling with sustainable limits. As a result, Japan is once again whaling commercially within its waters.

Yet, the comeback of the blue whale is truly an inspiration for environmental campaigns. The progress made with blue whales showcases the significance of conservation efforts and the positive impact it can have on endangered species. It is important to continue these efforts to avoid short-term victories.