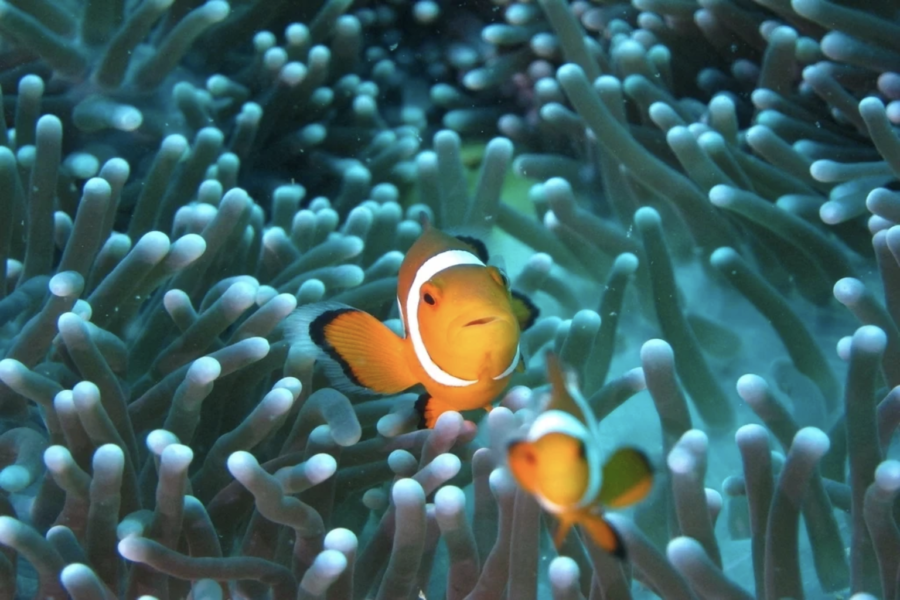 Clownfish may find it difficult to adapt to warming ocean waters as a result of climate change.

Clownfish Unable to Adapt to the Climate Crisis, Scientists Say

Clownfish are incredibly sensitive to small changes in their environment. The warming ocean temperature, expected to rise by 3°C at the end of the century due to climate change, means that these small fish may struggle to survive.

The bright orange-and-white striped fish that many of us remember as Nemo is only one of 28 species of clownfish that live in a special type of coral reef creature, an algae-like animal called anemone. Clownfish are also known as anemone-fish. Anemones are in danger due to rising ocean temperatures and resulting ecosystem damages. In 2016, many anemones in Australia died as 93% of the Great Barrier Reef suffered severe bleaching. Coral reefs and anemones turn white and bleach when they are under stress, which puts them at a higher risk of death.

Marine ecosystems are known to provide a stable living environment due to water’s ability to absorb heat and regulate temperature changes. That is why clownfish have evolved to become less adaptable and more suited to an unchanging environment. However, the sudden changes brought about by climate change make clownfish very vulnerable. As a result, clownfish lack the genetic variation that would help them adapt to future changes in their habitat. Coral reefs are also considered to be the most vulnerable marine ecosystems because they live in shallow waters, meaning that they experience warming effects at a faster rate than deep waters.

Anemone and anemone-fish need each other to live healthy lives. The fish provide nutrients for their host anemone, help it to breathe and protect it from predators. In return, the anemones protect the fish and provide a home for them to breed and lay eggs in. A study has shown that this partnership is easily affected by human activities such as overfishing, which damages coral reefs. If a significant number of anemone fish are to be removed, it would have a largely negative effect on the growth, reproduction and survival rate of anemones.

Check This Out Next: Not Feeling the Heat: Jellyfish Thriving in Warm Waters

Dr. Poujol of the French National Centre for Scientific Research (CNRS) emphasises that the survival of a species in the next generation depends solely on the production of healthy and fertile offspring. Clownfish have a complex reproductive cycle. Usually, a single female and some males live in a single anemone. If the female dies, the largest male takes her role and becomes a female. Some clownfish are able to adapt to anemone loss by sharing their host or living in a different anemone. However, a few will only stick to one single species of anemone, and it is this lack of flexibility that challenges their survival. Having anemones as homes is already difficult- it involves a fish performing a special dance and covering themselves with mucus to make sure it won’t get stung by the anemone’s poison!

Luckily, clownfish are easily able to live with other species, which gives hope for their survival. A study found 377 of 1508 clownfish in the Indo-Pacific lived with other species of the fish in the Coral Triangle, the world’s diversity hotspot for anemone-fish. The Madang region of Papua New Guinea is home to nine species of anemone-fish and 10 species of anemones, making it a spot with highest diversity for both.

Whilst the future of clownfish and coral reefs is uncertain, it is not yet doomed. Clownfish are capable of living without anemones in the absence of predators and are easily bred in captivity.