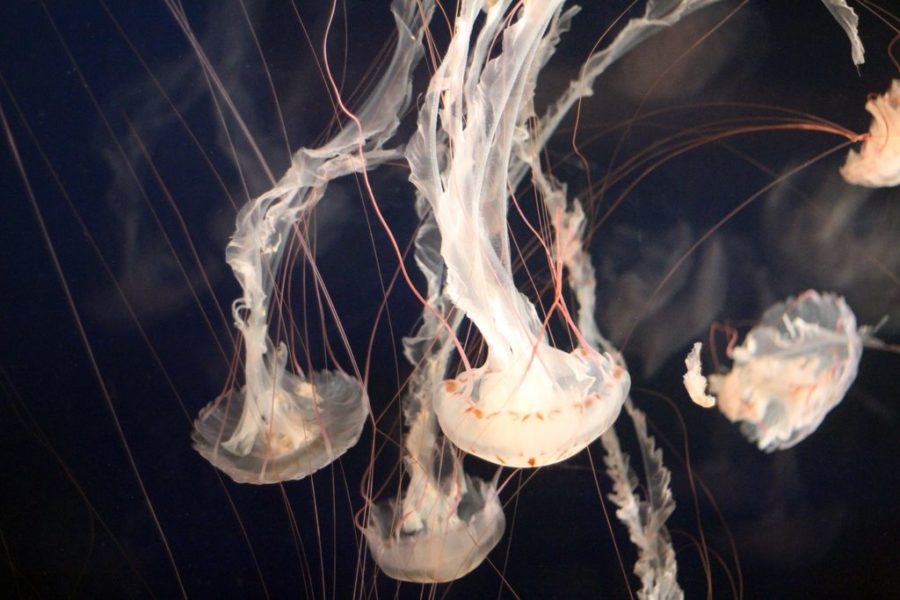 Jellyfish are thriving in warmer waters caused by climate change.

Not Feeling the Heat: Jellyfish Thriving in Warm Waters

As the ocean warms, more marine species are under threat. However, one species flourishing in the warm waters caused by climate change, is the jellyfish.

Since 1970, the oceans have experienced sustained warming due to climate change, yet jellyfish have been thriving in the fertiliser-rich, deoxygenated warm ocean waters.

A study has shown that jellyfish populations have increased in at least 68 ecosystems around the world since 1950. They are one of the few species that may benefit from the impacts of human-caused climate change.

Although jellyfish populations vary naturally, the recent growth of jellyfish blooms has been linked to man-made changes to the environment. In Japan, blooms of giant jellyfish have historically happened approximately once every 40 years. However, it has become a yearly occurrence since the early 2000s. This growth has caused problems such as fishing nets being clogged and people getting stung.

In June 2018 in America, over 1 000 people were stung by jellyfish in a single week in Florida.

Jellyfish owe their explosion in numbers to a variety of factors. The warm waters are forcing tropical coral reefs to move, seeking colder waters, which has been occurring at a rate of 8.7 miles per year since the 1930s. Migrating coral helps marine species such as jellyfish, to extend their territory. This causes local ecosystems to become unbalanced as jellyfish join the competition for zooplankton and eat the eggs of other fish.

Also, oceans are dumping grounds for carbon which further help jellyfish. Within a short time frame, oceans have absorbed 20-30% of man-made emissions globally. The increasing concentration of atmospheric CO2 has led to warmer waters for jellyfish. This same absorption also makes seawater more acidic and causes reefs to die off.

Check This Out Next: How Can The Great Barrier Reef Be Saved?

Some of the human influences affecting jellyfish populations include fertiliser and sewage, which causes seawater to be oversaturated with nutrients, leading to eutrophication. This process allows algae to grow, and when they decay, they deplete the water of oxygen. Whilst other fish may suffocate and die, jellyfish are able to tolerate low concentrations of oxygen, allowing them to survive and multiply.

Finally, overfishing of species which prey on jellyfish, such as tuna and sea turtles, means that jellyfish are able to breed without being affected by predators.

Another factor prompting jellyfish population growth is the fact that at least five known species are effectively immortal, which means that they cannot die. This phenomenon was first observed in Turritopsis dohrnii, ‘the immortal jellyfish’. From the dead body of a jellyfish springs a new one into life.

When a jellyfish’s body begins to decay, the cells regenerate to polyps, an earlier life stage. “These little polyps keep cloning and they can cover an entire dock in a matter of a few days!” explained Dr. Lisa-ann Gershwin on an episode of the BBC Earth podcast. Moon jellyfish have also exhibited similar behaviours after decay.

Scientists and policymakers are now brainstorming ways of making the species useful as their numbers continue to grow. The GoJelly project suggests using jellyfish’s mucus to bind microplastic, which could help prevent these particles from getting into marine ecosystems and harming wildlife further.