5 of the Most Endangered Animal Species in the Ocean

Scientists estimate that around one million animals live in the ocean. From sharks and rays to reptiles, just under 3,000 species globally are listed as endangered or threatened by overfishing, habitat loss and degradation, pollution, and climate change. Some of them are even considered closer to extinction than others. Here are 5 examples of the most endangered marine animal species in the world.

The Vaquita, a timid and highly elusive dolphin found exclusively in the Gulf of California, is the world’s most endangered marine mammal and it is sadly on the edge of extinction, with only a mere 10 individuals remaining in the wild. Measuring in at just 1.5 metres, the vaquita is also the smallest of all cetacean species.

Bycatching alone – the incidental capture of unwanted species during fishing – has led to a 94% population decline between 1997 and 2016. Despite increased awareness of its plight and attempted conservation efforts, Mexico has abandoned previous protective measures.

The North Atlantic right whale can be identified by the white calluses on its head, which are in deep contrast with its dark gray body. and it can weigh up to 70 tons (nearly 65,000 kilogrammes).

This animal species is classified as endangered and in 2021, the population was estimated at 366 individuals, a sharp decline from the 480 individuals just 10 years prior. Whales are mostly threatened by ship strikes and entanglement in fishing gear. Initiatives such as the deployment of ‘ropless’ fishing gear aim to reduce ongoing threats to the species, but in many parts of the world, limited or lack of fishing restrictions have slowed conservation efforts. 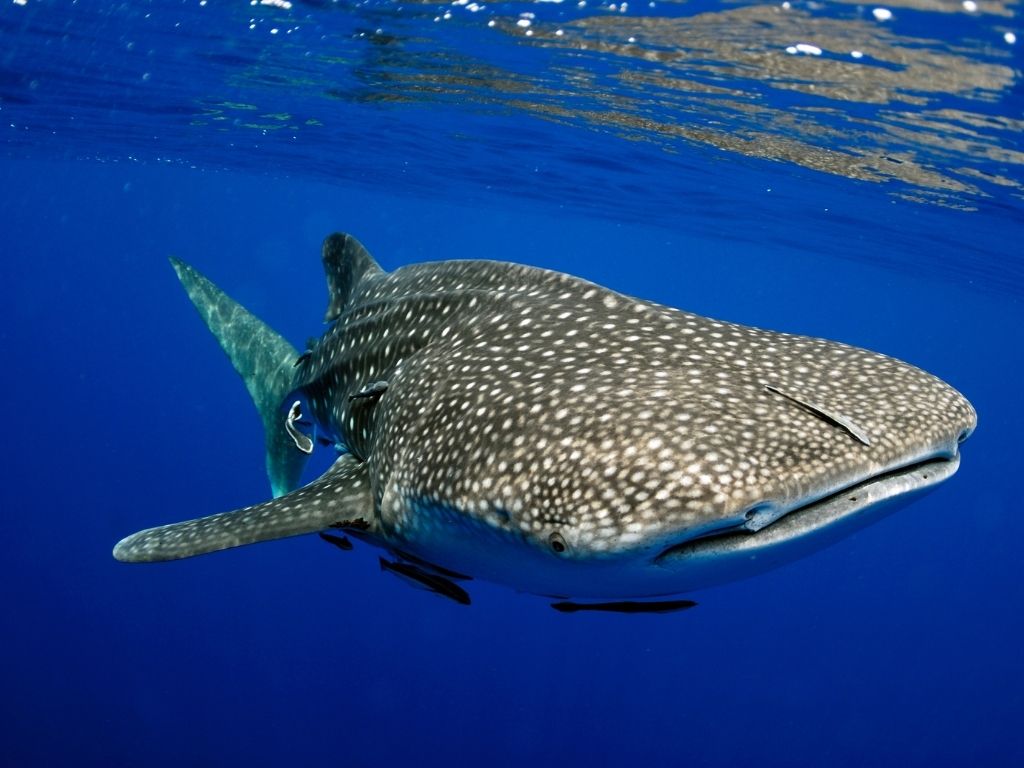 Of the seven species of sea turtle found all over the world, six of them are classified as either threatened or endangered. Two of them, however, are considered critically endangered. One is the Hawksbill turtle, named for its narrow, pointed beak and found mainly throughout the world’s tropical oceans, predominantly in coral reefs. The other type is the Kemp’s Ridley turtle, with less than 10,000 individuals remaining. 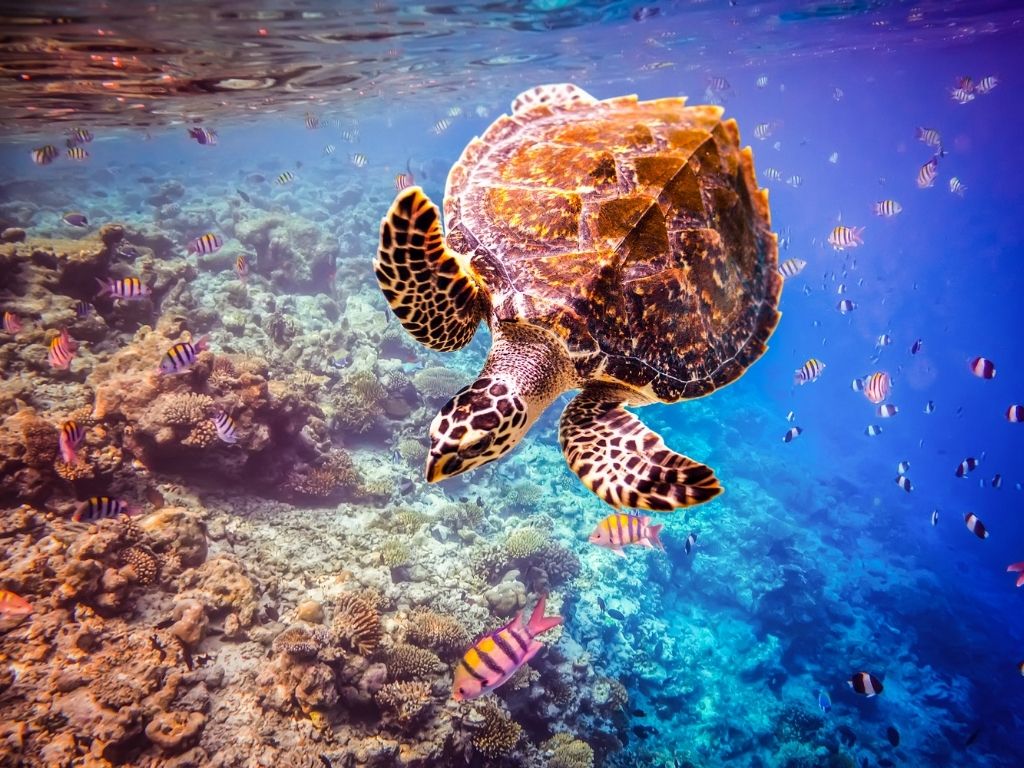 The whale shark is not only the largest shark but also the largest fish alive, mainly found across tropical and warm temperate seas with large populations in the Atlantic Ocean and the Indo-Pacific Ocean. Because of their huge size  – they weigh around 11 tons (approximately 10,000 kilogrammes) and are up to 40 feet (12 metres) long – they need to travel large distances to find enough food.

From the fishing industry and cargo traffic (and noise pollution), many human activities are threatening this animal species. In the Indo-Pacific region, where approximately 75% of all whale sharks remain, a decline of 63% was recorded over a period of 75 years.

Bluefins are the largest tunas in the world and can live up to 40 years! They are incredible hunters with the sharpest vision of any bony fish.

Classified as endangered, this animal is threatened mainly by overfishing and rising ocean temperatures, which affect its respiratory and circulatory systems. And since tunas swim continuously and at high speed – and therefore have a high demand for oxygen – climate change is also impacting the oxygen concentration in the water.

Check This Out Next: 7 Facts about Ocean Plastic Pollution for Kids