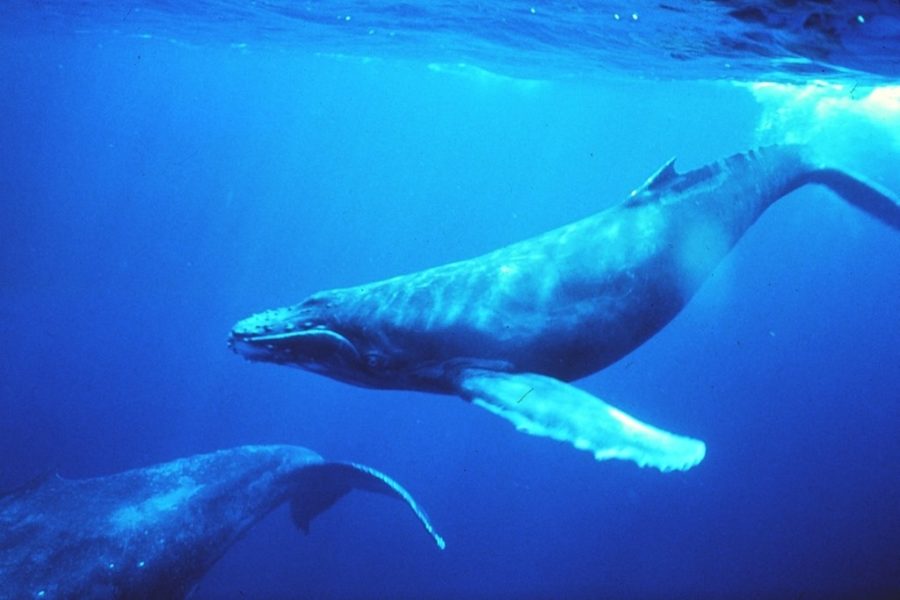 Whales Are the Rainforests of the Sea!

At least 1 500 large whales are killed every year, even though commercial whaling is banned. This is a massive problem, because whales play a very important role in fighting against global warming.

Whales are hunted for their blubber (fat), meat and bones; the blubber is used in whale oil, which used to be used in cars. However, they are worth much more as a biofuel (a fuel that comes from living matter) and they play a vital role in the global ecosystem.

The International Monetary Fund (IMF) believes that a single great whale is worth more than USD$2 million, which means that the current amount of great whales around the world is worth more than $1 trillion! Researchers came to this amount based on each whale’s contribution to carbon capture, the fishing industry and the whale-watching sector.

Whales and the Carbon Cycle

Whales capture a significant amount of carbon from the atmosphere. Great whales mostly eat phytoplankton, a microscopic plant that changes sunlight and carbon dioxide into carbohydrates and oxygen. Over its lifetime of around 60 years, a single whale can collect around 33 tons of carbon dioxide. A tree can absorb up to 22kgs of carbon dioxide a year.

When whales poo, the nutrients (iron and nitrogen) released encourage phytoplankton growth which attracts fish and other creatures, which is called “whale pump.”

Phytoplankton are very important. They contribute at least 50% of the oxygen in the Earth’s atmosphere and capture an estimated 37 billion tons of all carbon dioxide produced, the same amount of carbon dioxide captured by 1.7 trillion trees!

Even when whales die (naturally), they are helping the environment. The bodies sink to the seafloor, and the carbon stored in them can feed deep-sea ecosystems and become locked in to the seafloor, with carbon being locked away for hundreds of years.

Check This Out Next: Albatrosses Help Locate Illegal Fishing Boats

Whaling and the Environment

Whaling has been a tradition in many cultures since 3000 BC. Since industrialisation in the 1860s, the whaling reached its peak in the 1960s, where more than 90 000 whales were caught a year during this decade. Many species of whales became critically endangered during this time, such as the humpback and right whale.

What can We Do?

In 1982, the UN passed a vote to ban commercial whaling (killing whales for their meat, bones, etc). All commercial whaling activities are banned but members of the UN can kill whales for ‘scientific purposes’. Japan kills whales to conduct what they call research on them, while their meat is widely available on the market in the country.

In 2018, the members of the International Whaling Commission (IWC) rejected a request by Japan to continue commercial whaling because they said that it was the IWC’s purpose to protect whales and allow their numbers to increase. In response to this, Japan pulled out of the IWC and continued hunting for whales in its waters, but said that it would stop whaling in the Southern Hemisphere.

Besides hunting by humans, other threats facing whale populations include overfishing, collisions with ships and interference with their communication systems caused by noise from larger ships.

Before whaling activities started, there were 4- 5 million whales. If they could get back to these numbers (they are currently at 1.3 million), researchers say they could capture 1.7 billion tons of carbon dioxide every year!

We must recognise how important whales are in the fight against global warming and protect them instead of only focusing on expensive solutions. We must change our attitudes to recognise that all organisms serve an important role in the global ecosystem.