Happy World Sea Turtle Day! These amazing creatures are not only beautiful animals but they also show incredible perseverance and resilience amid a changing world and climates. To celebrate them, we prepared a list of fun and interesting sea turtles facts for kids

Sea turtles have similar life spans to humans. While they typically live for about 30 years, some of these creatures live up to 70 or even 80 years!

The eggs of marine turtles cannot survive underwater. Therefore, they lay their eggs in the sand, digging a nest with their rear flippers. Turtles usually lay 100 to 125 eggs at a time and nest multiple times over several months. The sand temperature is extremely important as it determines the hatchlings’ sex. Cooler temperatures produce males while warmer sand often results in females. 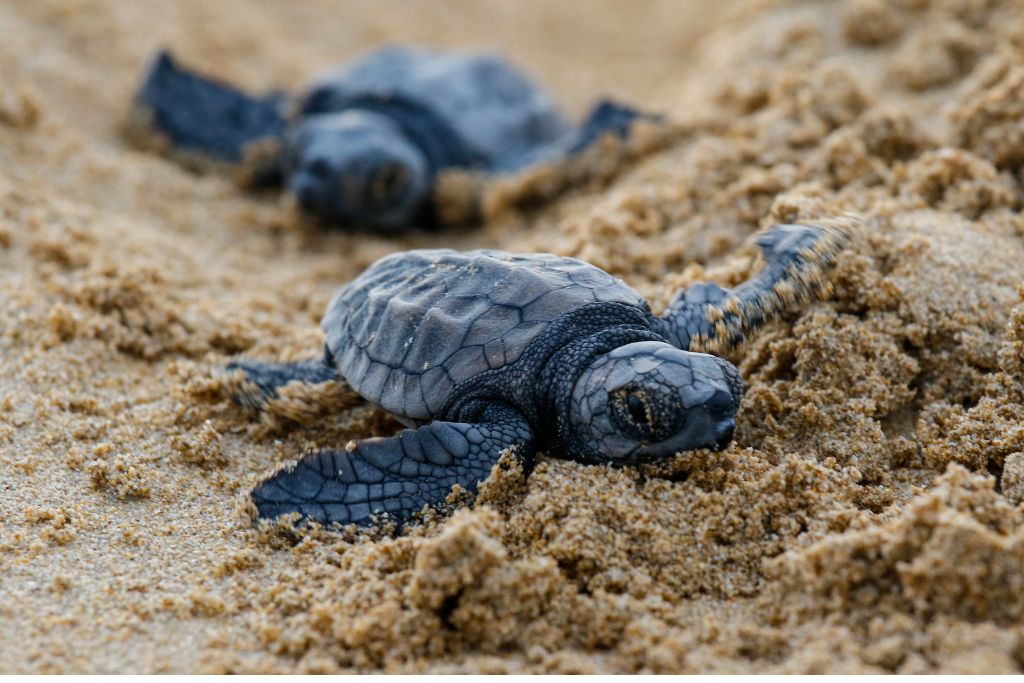 3. Sea Turtles Migrate Thousands of Miles in their Lifetimes

Both male and female sea turtles migrate long distances during their lifetimes. The leatherback turtle, for example, can travel some 16,000 kilometres (10,000 miles) in just one year! Loggerheads cover similar distances. However, other species such as green turtles and olive ridleys prefer to stay close to home.

4. Sea Turtles Play A Crucial Role In Maintaining the Ecosystem of the World’s Oceans

On the one hand, they maintain productive coral reefs by grazing on seagrass beds and sea sponges. On the other hand, they transport essential nutrients from the oceans to beaches and coastal dunes they nest upon.

5. Sea Turtles Do Not Retract Into Their Shells and Are Thus More Vulnerable

Unlike other species, sea turtles cannot retract their paddle-shaped flippers and head into their shells. While their shells provide protection from attacks and abrasion, the fact that these species cannot fully hide in them makes them more vulnerable to predators such as tiger sharks and killer whales, as well as feral dogs, seabirds, and raccoons who typically eat eggs and hatchlings.

Sea turtles are also threatened by human activities. Beach development, for example, reduces suitable places where sea turtles can nest. Trash is a huge problem as well, as sea turtles often die after ingesting or getting entangled in plastic packaging. 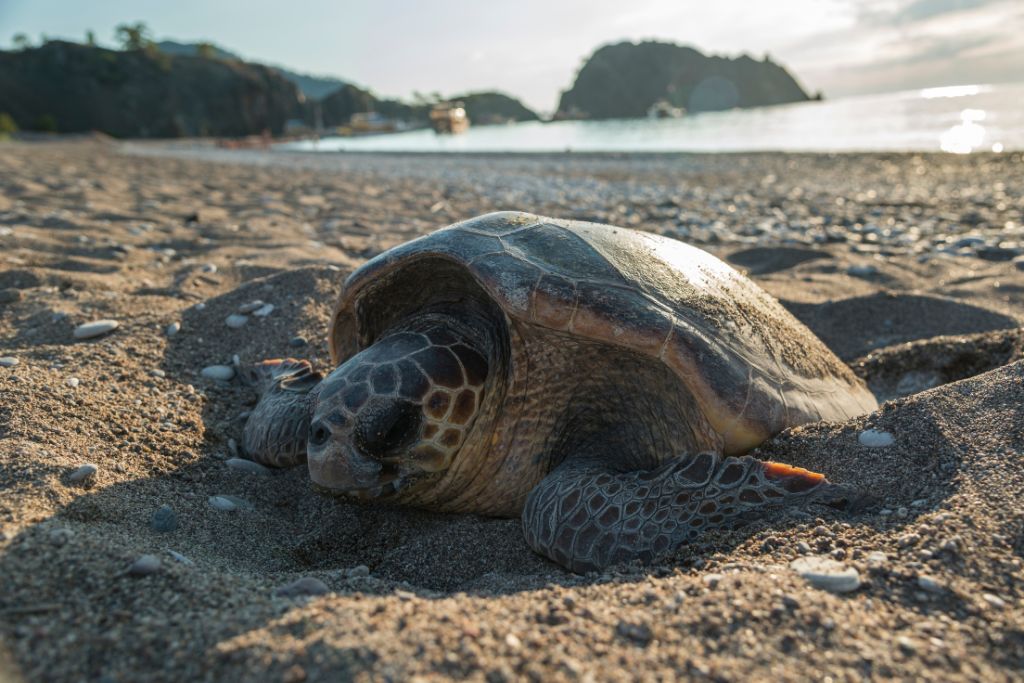 6. There Are Only About 6.5 Million Sea Turtles Left in the Wild

7. Endangered Sea Turtles in Florida Thrived During the Covid-19 Pandemic

In the year prior to the pandemic, almost 400,000 sea turtle nests were recorded along Florida’s coastline during nesting season. Typically, only about one in every 1,000 hatchlings survive. In 2020, however, marine researchers in Florida found that Covid-19 restrictions that have kept humans and harmful waste off beaches have benefited endangered leatherback sea turtles in the state.

Check This Out Next: 7 of the Most Endangered Animal Species in the Ocean