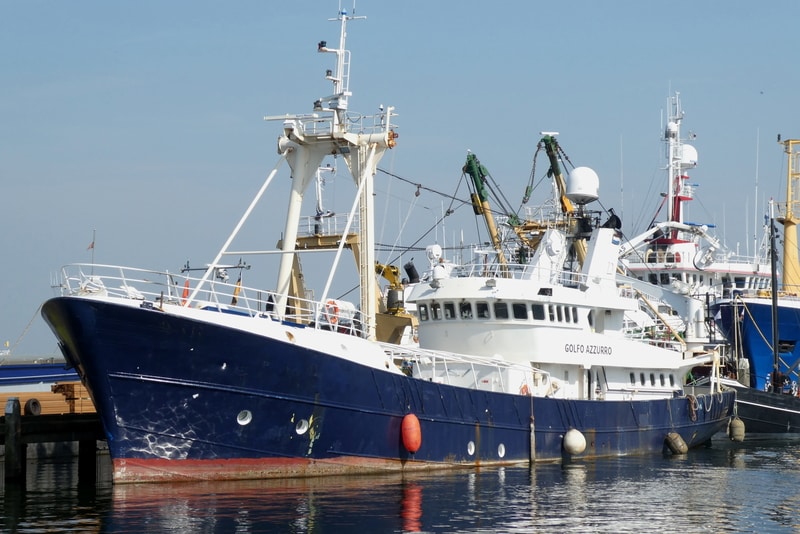 Chinese Fishing Ships in the Galapagos Are Threatening Sea Life

Ecuador is watching a group of over 300 Chinese fishing vessels in the waters surrounding the Galapagos Islands, just outside a protected area where fishing is not allowed. Ecuador and environmentalists are extremely concerned that the diverse sea life in the region will be badly affected by the vessels.

The Galapagos Islands are a group of islands 1 000 kms off the coast of Ecuador. The area is home to many plants and animals that can’t be found anywhere else in the world. The waters also have many kinds of sea life that can only be found there.

Many larger sea creatures travel through the area as part of their migration patterns, including endangered hammerhead sharks and whale sharks. Sharks are often killed for the fins, which is used in traditional medicine or food, particularly soup.

Check This Out Next: Whales Are the Rainforests of the Sea!

A Marine Traffic image showing the fishing fleets, represented by the orange arrows at the bottom left, as of July 27 2020 (Source: Hong Kong Free Press).

The GMR covers 133 000 square kilometers of ocean. This is a very large area for the Ecuadorian government to watch over. Unfortunately, they can’t protect against fishing boats that operate just outside the protected waters.

Every year, many Chinese fishing boats anchor outside the protected area, right in the path of migrating sea life. This year’s fleet is one of the largest seen in recent years. Satellite images show at least 340 fishing boats located right at the edge of the EEZ.

Ecuador wants to prevent a repeat of what happened in 2017, when a Chinese vessel that was captured by the Ecuadorian navy was found to be carrying 300 tons of marine wildlife, mostly sharks.

Roque Sevilla, who works for Ecuador to protect the GMR, says Ecuador is asking the Chinese government to help reduce the number of fishing boats in the area. He added that his team would also seek to enforce international agreements that protect migratory species.

“Unchecked Chinese fishing just on the edge of the protected zone is ruining Ecuador’s efforts to protect marine life in the Galapagos,” he said.

China has promised a “zero tolerance” approach to illegal fishing and has said it will temporarily ban fishing in the area between September and November, but the fishing fleets usually leave the area before then.

Ecuador is trying to expand the EEZ to a 560 km circumference around the islands. It also wants to protect the entire area between mainland Ecuador and the Galapagos because it is used by many migrating fish.

Did you know? China has about 17 000 fishing boats that catch fish in oceans far away from China.