Why is the Horseshoe Crab Endangered?

Horseshoe crabs have been around for more than 400 million years. They are older than dinosaurs and have survived 4 mass extinctions! Despite this, they are not doing so well today. In 2019, one species of horseshoe crab became endangered, and two others may soon follow suit. Read on to learn about why these hardy creatures are dying out, and why it’s important to save them!

What is the Horseshoe Crab?

Don’t let the name trick you! Horseshoe crabs do not have antennae or jaws like crabs do. Scientists think that they are more closely related to spiders and scorpions.

The horseshoe crab is an odd-looking creature. Its most distinctive feature is its hard and round shell, on top of which are its 7 eyes! If they were not enough, there are 3 more eyes on its mouth and tail! They are very helpful features as they allow them to find other animals and sense light.

The horseshoe crab has a stinger-like tail, which causes some people to think that it is a dangerous animal. However, its tail is not poisonous or used as a weapon – it simply helps the crab flip itself over when it gets stuck upside down. Horseshoe crabs are generally harmless creatures, although you may get hurt if you accidentally step on their hard, spiky shells! 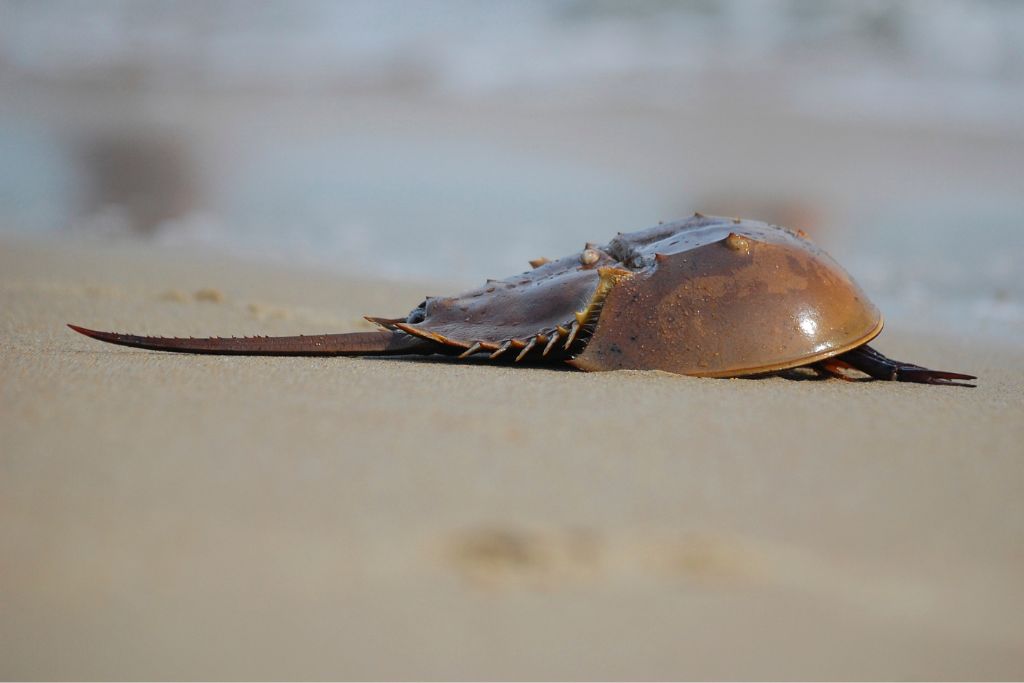 Why are Horseshoe Crabs Important?

Horseshoe crabs play an indispensable role in the coastal ecosystem. Their eggs are a vital source of food for other animals. The female horseshoe crab will lay a few thousand eggs at a single time and up to 88,000 eggs in a year! Most of them will be eaten by birds, reptiles, and fishes. Within a year of hatching, only 1 in 10,000 will survive!

Why are Horseshoe Crabs Endangered?

Humans pose a big threat to the horseshoe crab for several reasons. Medical companies harvest the horseshoe crab because of its blood, which has a unique property. It contains an enzyme that can detect toxins! Because of this, scientists use its blood to test medical products like vaccines for harmful substances. Every year, medical companies find hundreds of thousands of horseshoe crabs, collect their blood, and return them to the ocean. This process weakens them and even causes some to die.

Other threats to the horseshoe crab include plastic pollution and the loss of their homes. Horseshoe crabs live on and around the coast. As beaches become more polluted, horseshoe crabs do not have a safe, clean environment to breed.

How Can We Protect the Horseshoe Crab?