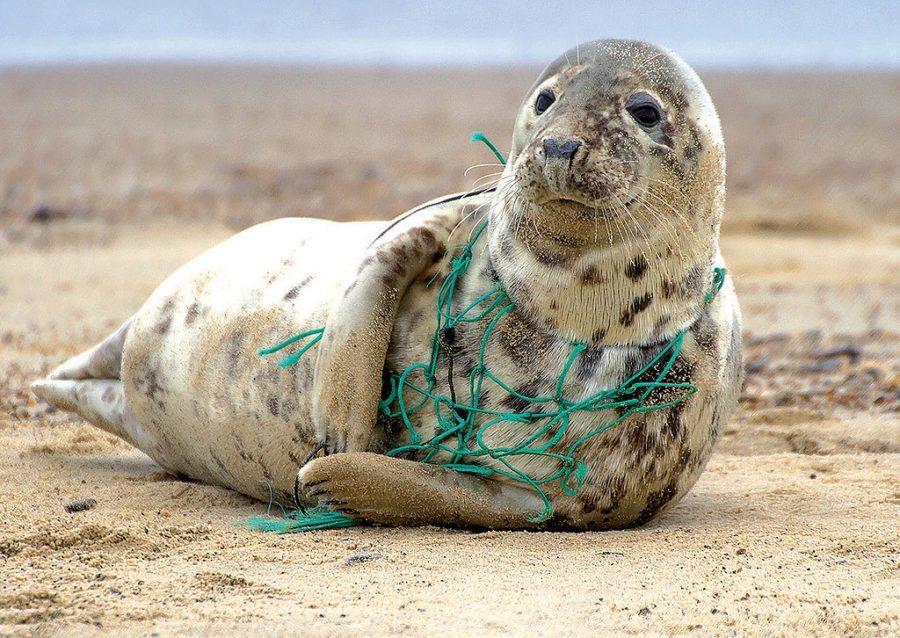 How Does Plastic Impact Animals and Humans?

We generate more than 380 million tonnes of plastic waste each year, and 8 million tonnes of it end up in the ocean. That’s the same amount as the weight of 2 million elephants combined. Plastic waste – especially in the form of microplastic – is incredibly harmful to all wildlife and even humans. How does plastic impact animals and what can we do to protect them?

The Impact of Plastic on Marine Animals

About 8 million tonnes of plastic waste end up in the ocean every year and a study has found that a staggering 1,557 species worldwide have ingested plastic during their life! In 2019, a turtle hatchling, no bigger than the palm of a hand, was found dead with 104 pieces of plastic in its stomach.

Plastic pollution represents a huge threat to marine animals. Once ingested, plastic can bloc digestive tracts or pierce internal organs in wildlife. It can also choke and starve animals by thinking they’re full from eating plastic. In some cases, it can even lead to a reduction in stomach storage volume, making it all the more difficult for animals to eat.

Plastic debris does not decompose but breaks down into tiny plastic particles that are less than five millimetres long known as microplastics. Because of their tiny size, they can easily pass through animals’ digestive systems.

According to the United Nations, more than 51 trillion microplastic particles have already littered the world’s seas, and it is predicted that 99% of marine species will consume microplastic by 2050 if nothing is done to slow down plastic pollution. 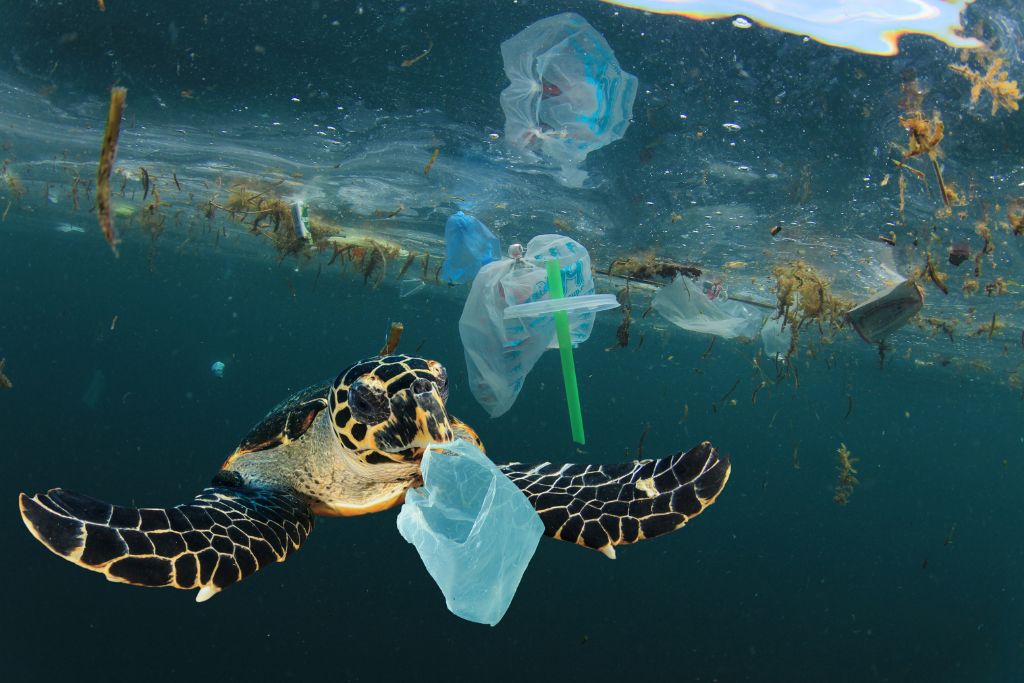 The Impact of Plastic on Land Animals

Much like the case with marine wildlife, plastic waste can cause intestinal blockages and damage to land animals and in many cases it can be fatal. There have been many reported cases of land-based mammals, including elephants, hyenas, zebras, tigers, camels, and cattle, to have accidentally consumed plastic waste, resulting in a number of unnecessary deaths.

Wildlife can easily get trapped and entangled in plastics, preventing them from being mobile to hunt for food or making them more vulnerable to nearby prey. If they accidentally get their head stuck in plastic food containers, animals will suffer from overheating, suffocation, dehydration, starvation, and eventual death. 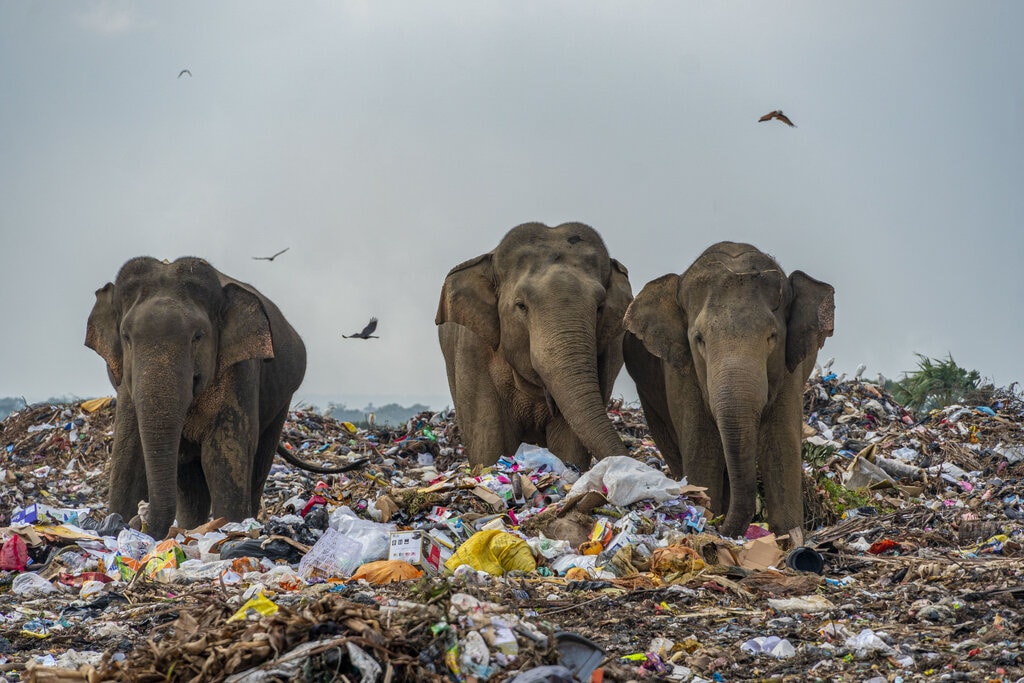 Over three billion people around the world rely on fish as their primary source of protein. Considering that most fish species will ingest microplastics during their lifespan, plastic particles can easily travel across the food chain, ultimately ending up in the human digestive system when we consume seafood. Moreover, the food that we grow is also likely to be contaminated with microplastics. According to Greenpeace, fruit like apples and pears have an average of 195,500 and 189,500 particles per gram respectively, whereas vegetables like broccoli and carrots average more than 100,000 plastic fragments per gram.

Though it’s still early to tell the impacts of microplastic on human health, scientists have raised concerns about the possibility of it travelling around the body and lodging in delicate organs such as the brain, causing major damage.

To deal with our ongoing plastic epidemic, a good first step is to ban the production and consumption of single-use plastics. As of 2021, 77 countries around the globe have passed some sort of full or partial ban on plastic bags, according to the UN.

At the same time, the world needs to invest in recycling infrastructure, as well as adopt economic incentives such as a Deposit Refund Scheme (DRS), an effective way that allows bottles of any kind to be reused.

On the individual level, simple switches in lifestyle habits can make a difference, from reusable bottles to eliminating clothing with acrylic, nylon, spandex, and polyester – as microplastics from it shed during washes and contaminate water.

Check This Out Next: 7 Facts About Plastic Pollution for Kids