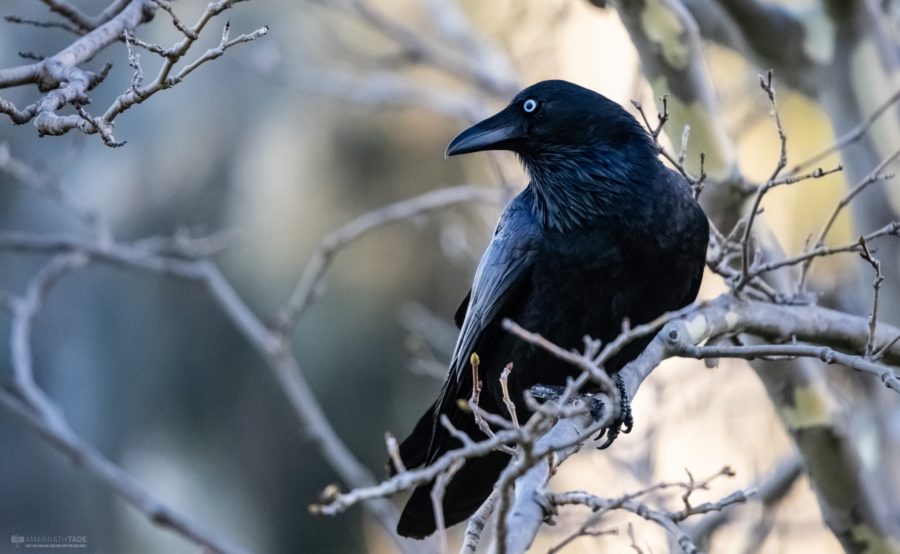 Crows are much smarter than previously thought.

Crows Are Much Smarter Than We Had Thought

When thinking about intelligence, we often place humans at the top of the ranks. However, there is a species whose intelligence is far more advanced and perhaps more similar to humans than we’d thought- crows.

In 2002, a crow named Betty wowed Oxford University scientists by picking up a piece of wire in her cage and bending it at one end using another object to shape the wire into a hooked tool. The hooked tool was then used to lift a small container containing a pig’s heart from inside a plastic tube for the bird to eat.

Many years later, researchers found that bending tools was in fact, not that unusual for New Caledonian crows. Making hooked tools from soft twigs is part of the crows’ established foraging activity.

Part of the Corvid family of birds, the brains of New Caledonian crows and others within the family have been studied more closely. Corvids have shown amazing cognitive abilities. Unlike humans and other primates, corvids do not have a neocortex – a brain structure that allows for advanced cognitive development. Instead, their brains are filled with many clusters of neurons which have enabled the birds to have similar mental capacities.

Corvids and primates both share basic problem-solving abilities such as adapting to change through experiences. The birds are able to identify threats to themselves and others as well as communicate through gestures.

Check This Out Next: How Eating A Plant-Based Diet Can Help The Planet

According to a paper published earlier this year, New Caledonians are picky about the type of plant stem used to make their hooked tools and are capable of looking for that plant stem even when disguised with leaves from a different plant species. Just as humans are able to distinguish a colouring pencil from a pen, these crows are able to figure out what the best plant stem is for them. New Caledonians tend to use their constructed hooks to scoop insects out of tree trunks and other small spaces as seen here.

There are several different animals that are more skilled at certain mental tasks than humans. For example, chimpanzees have better short-term memories than humans, which helps them remember where food is located in the forest.

However, crows with clever cognitive functions don’t always just use their skills for their survival. The birds are able to apply their abilities to advanced problem solving. Through only learning individual steps of a challenge, a crow successfully solved it by arranging the steps in the correct order. This shows the bird’s ability to make judgement through context. Crows seem to also use their cleverness for fun, much like humans do, as young birds love to play.

New Caledonian crows have emotions and memories and are cognitively skilled animals. They just might not be so different from us humans after all!