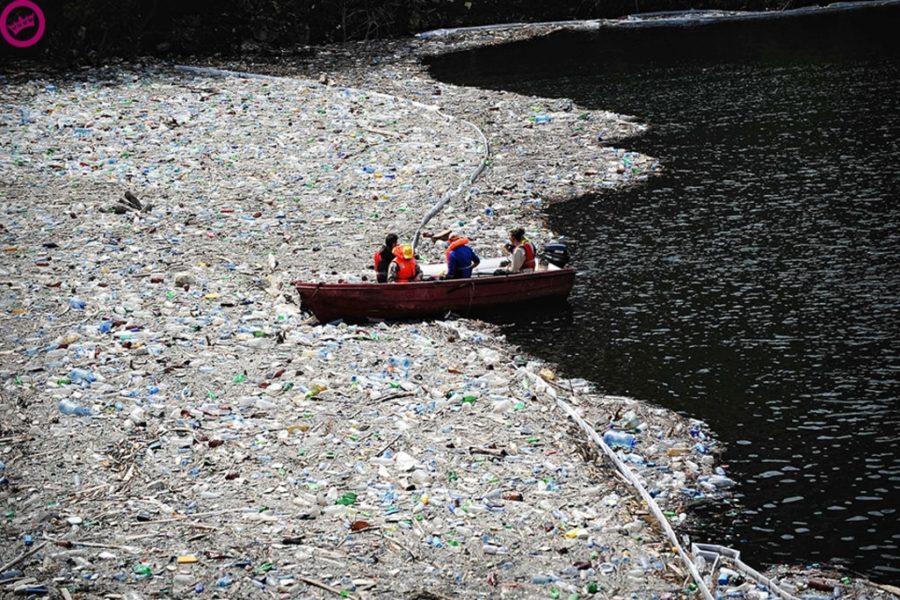 How Plastic-Eating Bacteria Can Save Our Oceans

Scientists have found a naturally-occurring, plastic-eating bacteria, which could play an important role in tackling the world’s plastic waste and pollution problem.

Over 300 million tons of plastic is produced globally every year, half of which is single-use plastic. Did you know that only 20% of this is recycled? This means that over 8 million metric tons of plastic end up in our water systems and cause massive problems for marine fauna and their ecosystems.

How are Plastics Affecting the Environment?

The EDF’s Chief Oceans Scientist, Douglas Rader, says that plastic is ‘choking the world’s coral reefs’ as a considerable amount of plastic can be found in our oceans. One particular type of plastic, polyethylene terephthalate (PET), is increasingly being found in our waterways. It is used in food packaging, toys and single-use water bottles. In fact, 34 billion PET plastic bottles end up in the ocean every year!

Plastic is often manufactured using crude oil, a fossil fuel, and is mined from reservoirs deep beneath the sea floor. This is likely to have serious environmental implications when not properly managed.

The 2010 BP Oil Spill disaster is an example of catastrophic damage on the marine environment as an estimated 3.19 million barrels of oil spilled into the Gulf of Mexico. This resulted in the deaths of thousands of seabirds, the stranding of 1 400 whales and dolphins and reduced coral reproduction in later years.

Good news from this catastrophe is how the marine environment naturally recovered from the spill. Scientists were surprised to see a bacterial bloom of over 100 sextillion cells, all working to break down the spilt oil. Now, scientists are looking for ways to use these natural processes and microbes to deal with plastic waste. Though it’s still in its early stages of development, plastic-eating bacteria as a way to clear up the worst polluted areas of the world’s oceans is starting to come to the forefront in research.

Check This Out Next: Don’t Blame Bats for Zoonotic Diseases

What is Plastic-Eating Bacteria?

The development of plastic-eating bacteria centres around a technique called bioremediation. This is a technique which uses biological mechanisms like microbes to get rid of pollutants and restore the ecosystem to its original condition.

A 2018 study shows that a recently discovered bacterium called Ideonella sakaiensis could be suitable for mass bioremediation. Researchers at the Kyoto Institute of Technology found that the microbe produces two enzymes that can effectively break down PET plastics. Plastic becomes the main energy source for the enzyme, breaking the PET plastic into smaller subunits, making them less likely to entangle marine fauna.

Although further research is needed, this discovery is exciting for the future. For now, it is important to maintain awareness of the threats the marine world faces through campaigns, charity fundraisers and beach clean-ups. Try your best to remove single-use plastic from your day-to-day life and encourage others to do the same!