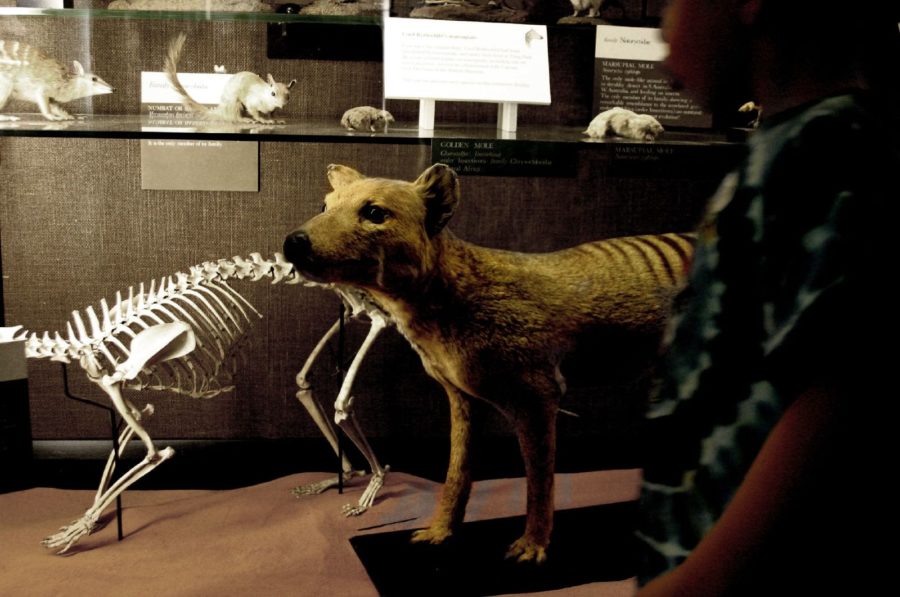 Can We Bring Back the Tasmanian Tiger?

The thylacine, also known as the Tasmanian Tiger, was a marsupial that once lived in Australia. Despite its name, the thylacine was not a tiger. The nickname refers to the stripes on its back. The last thylacine died out in the 1930s due to overhunting and habitat destruction. Yet, almost 100 years later, scientists in Australia and the US have announced an ambitious multimillion-dollar project to bring this animal back from extinction.

Why is the Tasmanian Tiger Important?

In the past, the thylacine was the top predator in Tasmania, an island state of Australia. When the thylacine died out, no other animal could fill its role, leading to the overpopulation of animals like wallabies and kangaroos on the island. Although this may sound like a positive outcome, ecosystems need predators to stay healthy. Predators keep prey populations in check by removing the vulnerable, such as the old, the sick, and the weak. By doing so, they also help to control the spread of diseases. As such, it is hoped that restoring the thylacine can bring balance back to Tasmania’s ecosystems.

How Can We Bring Back the Tasmanian Tiger?

The thylacine has several close living relatives, such as the numbat and the fat-tailed dunnart. Their DNA, therefore, is similar to the thylacine’s. Scientists hope to use their stem cells and turn them into thylacine cells using gene editing technology. With the thylacine stem cells, scientists can then create an embryo that they can insert into a surrogate mother.

There is, however, one caveat. With gene editing technology, it is impossible to replicate the thylacine’s DNA exactly. This means that the resulting animal, if successful, will be some sort of hybrid and not the original Tasmanian Tiger.

Should We Bring It Back From Extinction?

The project has received mixed responses from fellow scientists and not everyone is on board with the plan.

Some scientists believe the project can help us develop new conservation techniques to better protect our wildlife. This may be especially important in the midst of the sixth mass extinction. If de-extinction became possible, think of the other animals we could bring back!

Other scientists see the project as a waste of resources, given the many challenges that it faces. Bringing back the Tasmanian Tiger is a costly endeavour with no clear outcome. Some scientists say that the new Tasmanian Tiger may not be suited to life on Earth now, and question how the new thylacine will impact the overall ecosystem. There is also an important moral consideration – should we spend millions of dollars on bringing the thylacine back from extinction when so many living species are in danger of dying out?

Check this out next: Australia’s Animals Are Disappearing, A New Report Reveals