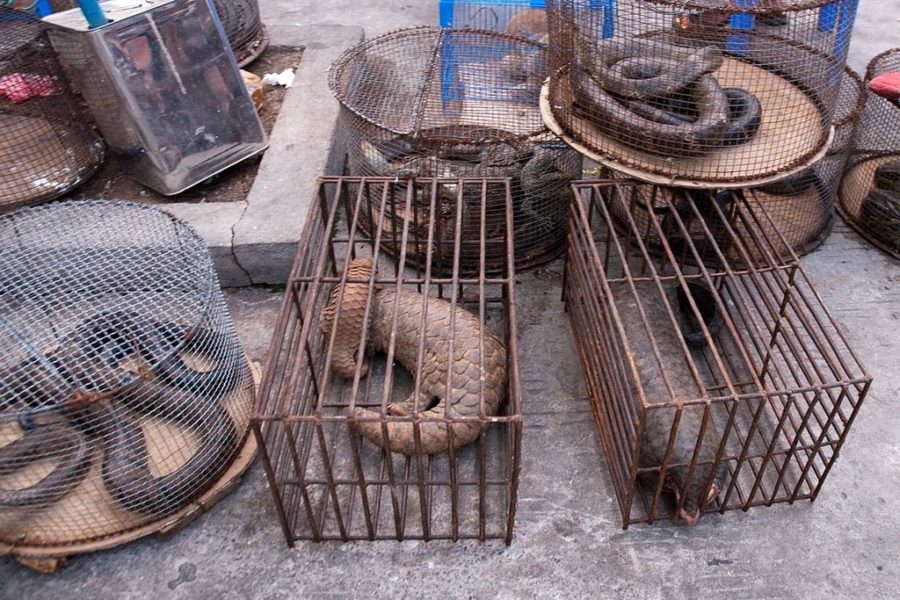 China announced a ban on the wildlife trade to stamp out wildlife consumption habits and protect people's health and safety.

The COVID-19 pandemic has put focus on the illegal wildlife trade, especially in China, which has announced a permanent ban on the trade and consumption of wild animals. This includes wet markets like the one at the centre of the outbreak in Wuhan. This has been welcomed by many international conservationists, but what do we have to be aware of now?

Consuming wild animals has deep cultural roots in China. They are used for Chinese medicines, fur production and research in laboratories.

The wildlife-eating culture can be found especially in the southern part of China. Some residents of the Guangdong province like to drink a bowl of hot snake soup for breakfast during cold winters. Some Cantonese people also believe that snake meat can treat illness. Other wildlife are used in Chinese medicines, too. Over the past 30 years, the consumption of exotic species such as pangolins, bears and migratory birds has become a status symbol.

There is also a demand for fur products that come from the illegal wildlife trade in China. Sales of fur in China are worth US$17 billion per year, according to the International Fur Federation. China produces the most profitable wild animal furs using mink, fox, raccoon and more.

The wildlife industry is a crucial source of income for many Chinese families, especially those in developing places like Guangxi and Guizhou. The wildlife sector is valued at around $74 billion per year and employs at least 14 million people, according to a report released in 2017.

Why Wildlife Trade is Harmful

The industry has resulted in environmental problems such as dangers to local ecosystems and biodiversity loss. Not only do animals suffer from inhumane practices and potential risk of extinction, the illegal wildlife trade also endangers public health. Some researchers believe that the COVID-19 virus jumped from a market animal to humans, causing the global pandemic.

Check This Out Next: What is the Illegal Wildlife Trade?

In late February, the Standing Committee of the 12th National People’s Congress (NPC) announced its decision to ban the illegal wildlife trade to stamp out habits of wildlife consumption and protect people’s health and safety. The ban includes the hunting, trading, transport and consumption of wildlife. At least 20 000 wildlife farms have been closed down in China or put under quarantine since the virus hit.

Although international conservationists have welcomed this decision as ‘a big step in the right direction’, some experts have warned against a possible loophole of the law.

China’s ban does not restrict the fur trade, medicine or research. This could create a loophole for traffickers to take advantage of non-food exemptions in the wildlife animal trade. Wildlife campaigner Aron White commented that there was a risk of wildlife being sold for medicine and trafficked for food. It is also not clear how the government will monitor or penalise ill treatment of exotic animals.

Apart from this law, it is essential to educate people about wildlife protection in order to stop consumption and trade of wildlife, whether for meat eating, medicine or fur. Consumers can also help by not purchasing wildlife animals or products from those exotic animals.