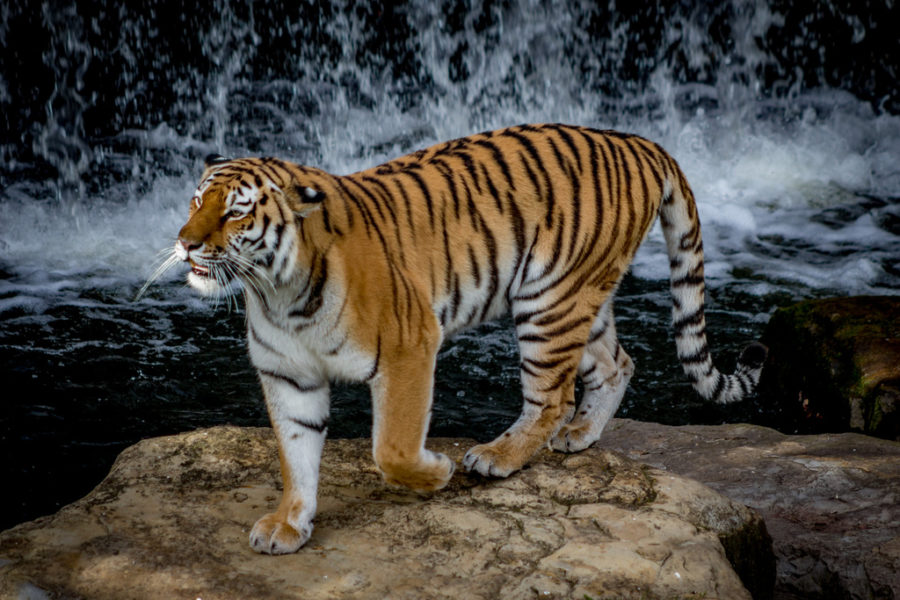 By 2050, more than 20 000 kilometres of new roads will cut through areas where tigers live. These plans pose a major threat to these animals, scientists say.

A team of researchers in the United States looked at how these new planned road networks would affect tiger populations. They published their findings in the scientific journal Science Advances.

Their study looks at tiger habitats in 13 different countries, spanning an area of over 1 million square kilometres. It shows that 134 000 kilometres of road have already been built through these regions – long enough to go around the Earth three times. The disturbance from these roads has caused tiger numbers to drop by 40% since 2006, according to the researchers.

They say that adding a further 20 000 kilometres of road will make things even worse for tigers.

In addition to the risk of being hit by vehicles, roads pose other problems for tigers, such as preventing them from travelling in search of other tigers to breed with. When small groups of tigers become isolated from one another, it is much harder for the population to grow and spread.

The researchers found that more than half of all protected tiger areas have roads nearby, and often affect areas where tigers breed.

The issue is much worse in places that are not protected by conservation laws, which shows just how vital laws are for keeping development companies in check.

Protected areas are known as Tiger Conservation Landscapes (TCL). They are important because they provide a space where tiger populations can grow and eventually spread into other areas. Yet even TCLs are at risk in some countries.

There are just 4 000 tigers left in the wild today. Most are found in South East Asia, where a lot of new development is taking place thanks to investment from China.

Countries that are home to tigers have signed an agreement promising to protect tigers from new development projects. This means they must find ways to put tiger conservation at the heart of such projects. One solution is to create ‘tiger corridors’ which link one tiger habitat to another, which would prevent tiger populations from becoming isolated and unable to breed.

“Tigers face a mounting threat from road networks,” says Neil Carter, lead author of the study. “[We must stop] road expansion in places where tigers still exist, before it’s too late.”