What Satellite imagery Teaches Us About the Amazon Rainforest

In September 2019, Brazil’s National Institute for Space (INPE) reported that as many as 82 285 fires were detected in the Amazon Rainforest throughout the year! The number of fires was much higher than that of the same period in 2018. The Amazonian Rainforest has been put in danger by man-made wildfires for more than 30 years now. A year-by-year pattern of fires across the Amazon rainforest since 2011 has been created by Earth.Org using data from satellite imagery from NASA. The satellites tracked the fire by detecting the infrared radiation emitted by the fires.

The fires in August 2019 were so large that plumes of smoke were visible from space! The smoke had blown thousands of miles east to the Atlantic Coast, covering Brazil’s largest city, São Paulo, and causing it to be in darkness in the middle of the day. 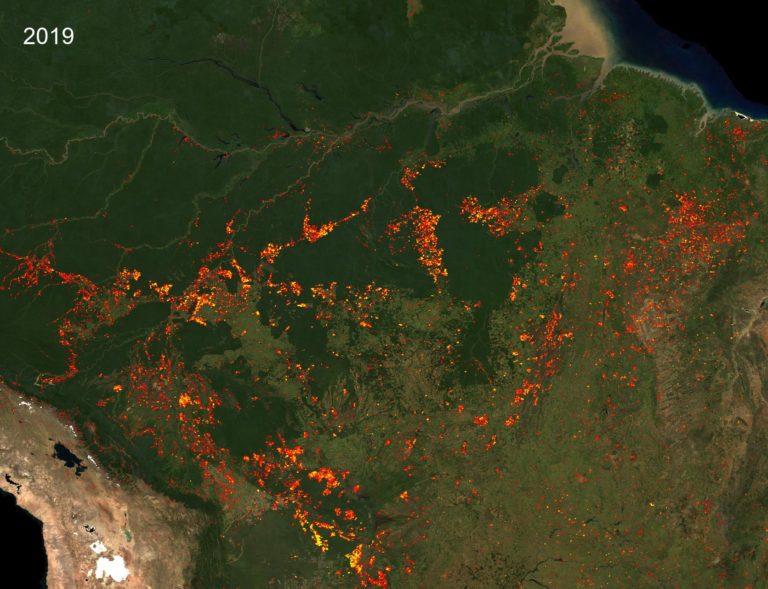 Over 18 700 square kilometers (sq km) of the rainforest was burning in the Brazilian part of the rainforest. Another 7 250 sq km of the forest in Bolivia was on fire too. The lives of 1 million indigenous people and millions of other species and plants were put in danger by these fires. 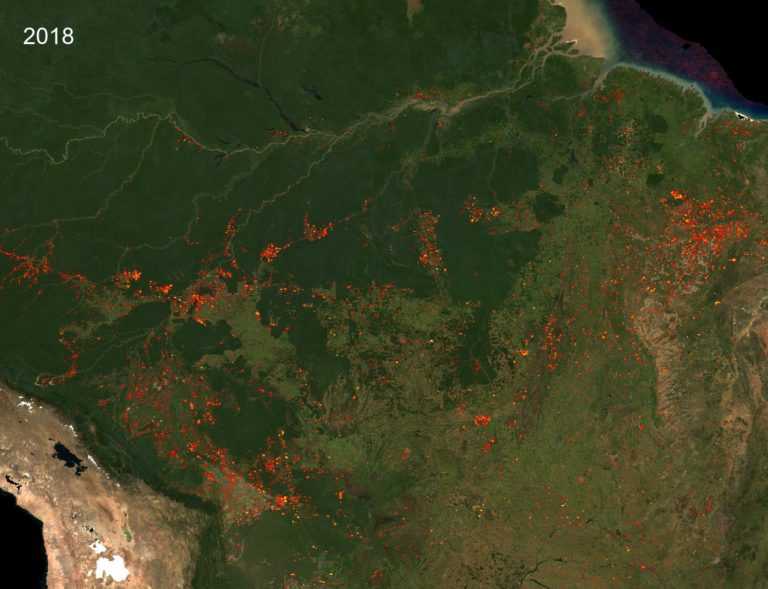 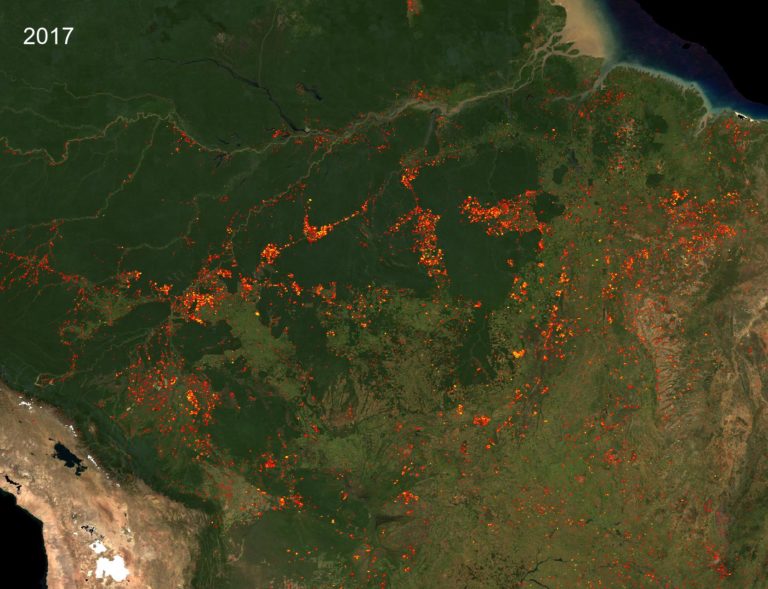 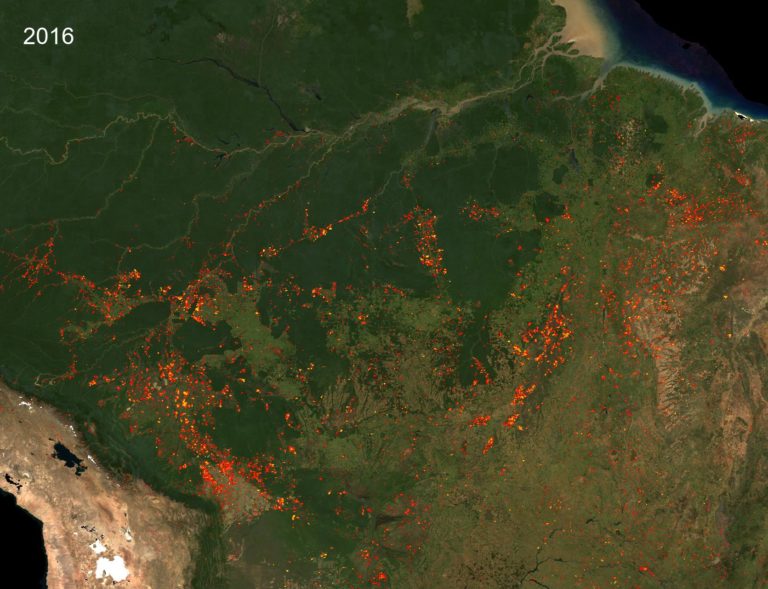 Brazil suffered its worst drought in many years and had more than 68 000 fires this year. 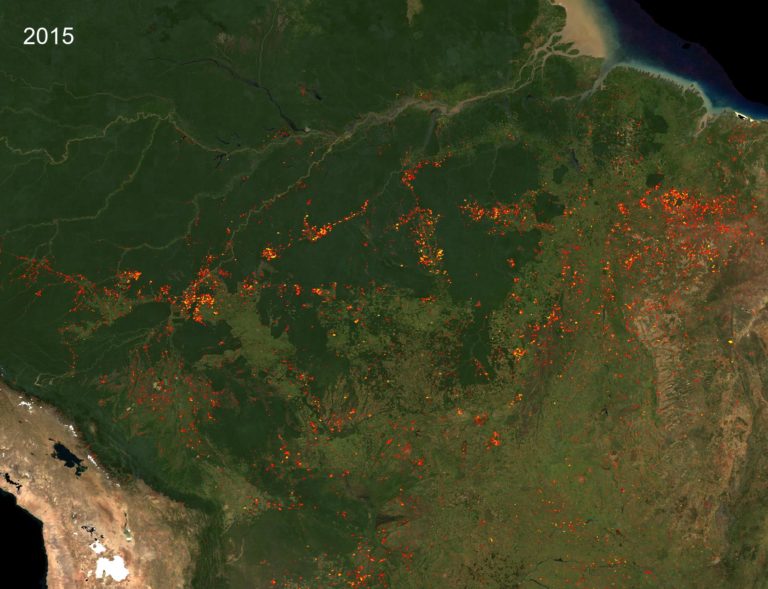 Wildfires that lasted longer than two months destroyed more than 4 040 sq km of indigenous territory in the Brazilian Maranhao region. 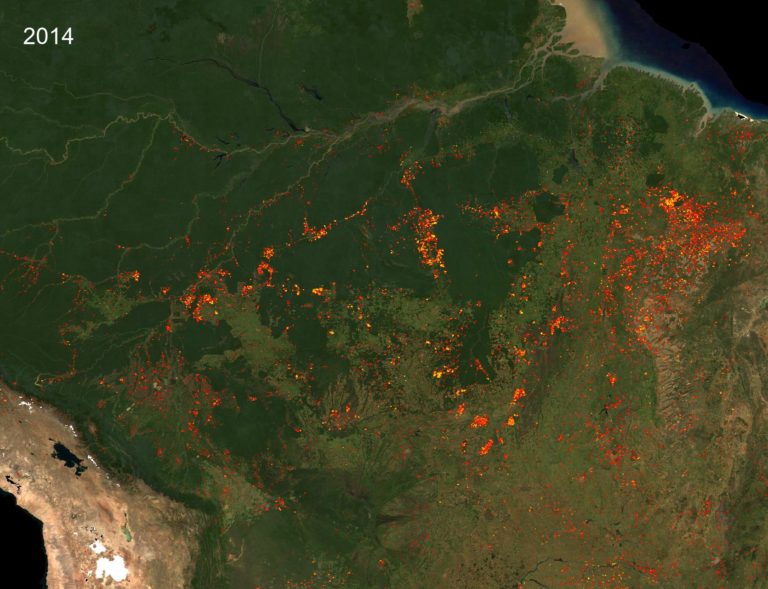 Over 64 600 fires were recorded in the dry season of 2014, marking the beginning of an increase in fires in the Amazon.

This three-year period had over 40 000 fires but much fewer compared to the later years. 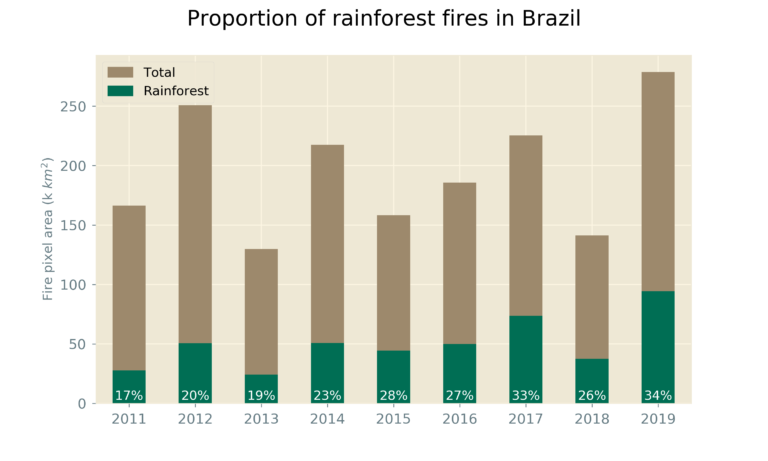 Wildfires in Brazil not only consume the rainforest, but also grasslands, savanna and farmlands too. The diagram shows a sharp increase in fires that destroy rainforests compared to others. 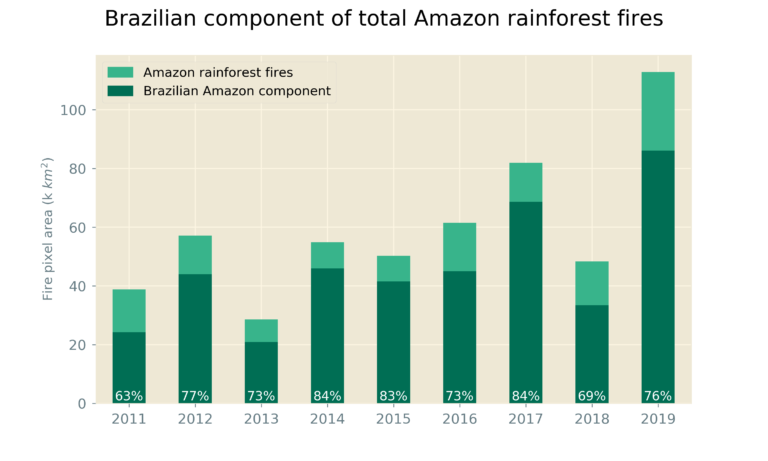 The Amazon rainforest is spread across countries such as Brazil, Peru, Colombia, Venezuela, Suriname, Guyana, and French Guiana. Apart from Brazil, other countries also have wildfires in their land, but fires usually consume the most land in the Brazillian Amazon compared to other countries.

What Caused the Amazon Fire?

The Amazon is the largest and most diverse tropical rainforest on Earth. It covers an area of 5.5 million sq km! Because of its moist climate and terrain, it is rare for the forest to burn on its own.

Deforestation is connected to fires in the Amazon as farmers set the forest on fire to create crop fields and space for livestock such as cows. These intentional fires often get out of control.

Satellite data shows that around 17% of the Amazon rainforest has been lost in the past 50 years. The data also suggests that with the growing number of fires, the Amazon may eventually turn into a Savanna ecosystem or a seasonal forest.

The most important task at hand is to protect what is left of the Amazon by stopping the wildfires and deforestation as quickly as possible. Brazil and other Amazon countries must find a way to protect and restore the rainforest as the demand for agricultural land rises.