Why Are Honey Bees Endangered?

Not everyone knows that bees are extremely essential for the health of people and the planet. Unfortunately, environmental degradation caused by climate change is threatening these important pollinators. Here’s why honey bees are endangered and what losing them could mean for the world.

Why Are Honey Bees So Important?

Worldwide, there are around 20,000 species of bees, approximately 3,600 of which are native to North America. One of the most popular species is the humble honey bee, a small creature with a very crucial role in managing the world’s ecosystem.

Bees are pollinators, meaning they help carry pollen from the male part of the flower – the so-called stamen – to the female part of the same or another flower, called stigma. Spreading the pollen allows the plant to become fertilised and produce fruits, seeds, or other plants.

Surprisingly, most of the food you ingest – such as fruit like melons and apples, vegetables like broccoli, and even different types of seeds – exists because of the effort of pollinators such as bees, butterflies, birds, and bats! Moreover, these tiny animals pollinate at least 75% of all the flowering plants on earth, which keep our air clean, supply oxygen, and support biodiversity.

Honey bees are among the most important insects maintaining stability in agricultural production. To illustrate this in numbers, insect pollinators account for roughly 35% of total global food production, with honey bees taking up almost 90% of that workload.

Why Are Honey Bees Endangered?

While it is difficult to keep track of the types of insects that are disappearing, there is no doubt that honey bees are among those threatened by the advance of climate change, which is contributing to a significant decline in population.

Most threats to honey bees are anthropocentric, meaning that they originate from the impact of human activities. One of the biggest is the extensive use of harmful pesticides that poison bees and can paralyse or even kill them. However, other human activities for agricultural land development such as deforestation and clear-cutting also destroy natural habitats for bee colonies.

However, climate change remains the biggest threat to these animals. Heatwaves, floods, and hurricanes – extreme climate events that are becoming increasingly common as a direct result of global warming – impact honey bees and other endangered bee species as they destroy their homes, preventing them from pollinating and reproducing. By reducing food sources and lowering plant diversity, the nutritional capacity required to sustain existing bee colonies is further stretched. 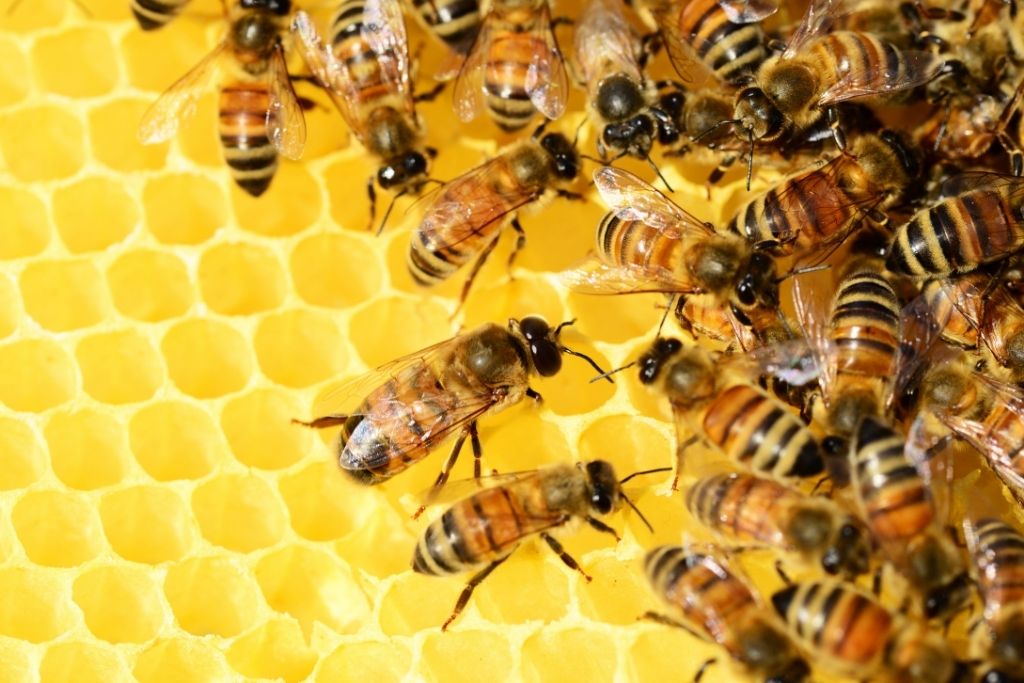 How Can We Protect Honey Bees?

By now you probably understand why honey bees and other pollinators are so important to the planet. Losing them would also inevitably result in the loss of a massive quantity of plants, with consequences on several ecosystems as well as on our food supplies.

Despite these challenges, there are ways in which we can protect bees. First of all, we can stop using harmful and toxic pesticides. While some countries have regulated their usage or even banned them altogether, they are still used extensively around the world.

Another solution would be to develop ecological refuges for native pollinators, such as green roofs, garden spaces, protected parks, and dedicated apiculture farms where bees can thrive without the risks of human activities compromising their habitat.

Lastly, we can all do our part by choosing to plant pollinator-friendly plants such as basil, rosemary, or sunflowers on our balconies or in our gardens as a way to keep the life cycle going. Alternatively, we can choose to support local beekeepers – who prioritise nurturing bee populations – by purchasing their organic honey products.