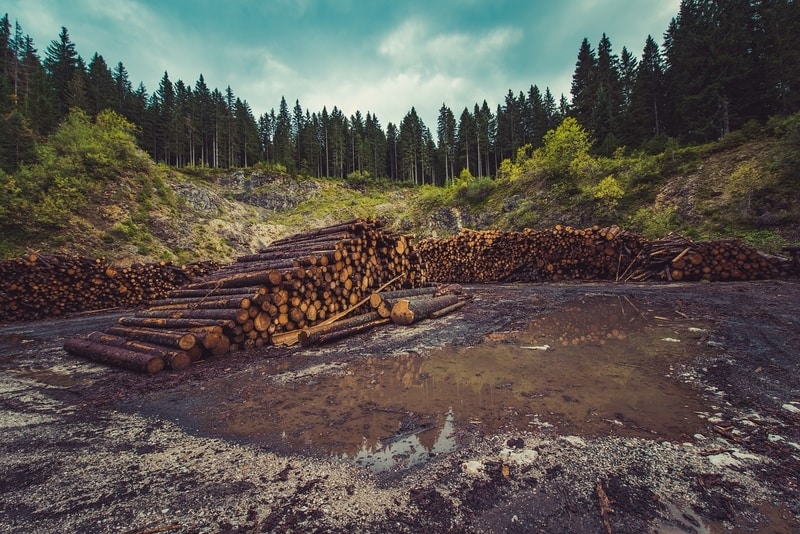 3 Facts About Deforestation for Kids

Deforestation refers to the process of clearing or cutting down forests. Humans have always cut down trees. However, in recent decades, the number of forests being lost to deforestation has grown massively. Forests are the most important kinds of ecosystems on our planet and are crucial for the health of all living things. Here are some stunning facts about deforestation for kids to know that will help you understand why we need to protect our forests at all costs.

As of 2020, forests cover about 31% of the world’s total land area. Unfortunately, we are losing this precious resource at an unprecedented rate. Forest land equivalent to 300 football fields is being cleared every hour, destroying important habitats of critically endangered species such as the orangutan and Sumatran tiger.

Besides oceans, they are the world’s largest carbon sink as they absorb carbon from the atmosphere through a process called photosynthesis, which helps keep our air clean. Yet, deforestation has turned some of them into a carbon source. One of them is the Amazon Rainforest. The world’s most biologically diverse ecosystems and most important carbon sink is found to emit a greater amount of carbon dioxide than it is absorbing as a result of deforestation, wildfires, and climate change

Forests are cut down mainly to obtain wood from trees, which is used to make buildings, furniture or paper. Trees are also removed to make way for farming, where crops are grown or where farm animals can eat. Most of the croplands on the planet were once forests, which would have covered 11 million square kilometres! In tropical areas, large areas of forest are cleared to plant coffee, rubber trees or palm trees.

The largest amount of deforestation is happening in tropical areas in rainforests. Some areas recover from the damage, but it can take many years, but most don’t. At the current rate, we could only have 10% of our forests by 2030!

2. How are Forests Cut Down?

Farmers cut down large trees and then set fire to areas of a forest to clear the land, killing all the animals and plants that live there. The ash from the fire helps to make the land fertile and crops can be grown for a few years before the land becomes useless. The farmers leave the area and move to a new place, repeating this slash and burn process wherever they go.

This is done in grasslands and rainforests in regions including central Africa, northern South America and Southeast Asia. Between 200 and 500 million people practice slash and burn agriculture, nearly 7% of the world’s population.

Some places never recover, but in some cases (after many years), forest plants and animals may return to the land.

Machines or humans cut down hundreds or thousands of trees and use them as lumber. In the Amazon rainforest, there is a lot of illegal logging, where companies or people are not allowed to cut trees down but do anyway.

Cutting down trees can also lead to erosion, which is when the soil blows away because the trees aren’t there to hold it together. Bad weather, such as strong winds or rain, can cause the soil to disappear and can slide down slopes and destroy homes and fields.

Lots of animals and plants live in forests. When trees are cut down, they lose their homes or are killed. Some animals can become extinct because of deforestation.

Check This Out Next: What Are Carbon Sinks and Where Can We Find Them?